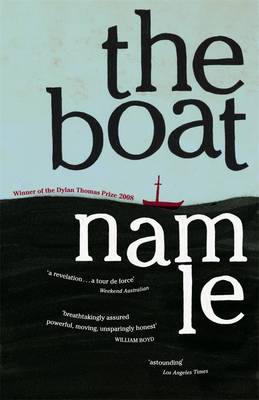 Description - The Boat by Nam Le

In 1979, Nam Le's family left Vietnam for Australia, an experience that inspires the first and last stories in The Boat. In between, however, Le's imagination lays claim to the world.

'Consider the subjects of his stories- a child assassin in Colombia ('Cartagena'), an ageing New York artist desperate for a reconciliation with his daughter ('Meeting Elise'), a boy's coming of age in a rough Victorian fishing town ('Halflead Bay'), before the first atomic bomb falls in Japan ('Hiroshima'), The suffocations of theocracy in Iran ('Tehran Calling'). This astonishing range is topped and tailed by accounts of the uneasy reunion of a young Vietnamese writer in America with his ex-soldier father, and by the title story - the escape of a group of exhausted refugees from the Vietcong in a wallowing boat.

'One might be permitted to think, after all this high seriousness and intensity, Nam Le can't do funny. But this criminally talented 29-year-old can do that as well.' Barry Oakley, Australian Literary Review

'A fearless new Australian voice that accepts no geographical limits- these are stories of leaping power and the most breath-taking grace and intimacy.' Helen Garner

'Wonderful stories that snarl and pant across our crazed world . . . an extraordinary performance. Nam Le is a heartbreaker, not easily forgotten.' Junot Diaz

Other Editions - The Boat by Nam Le 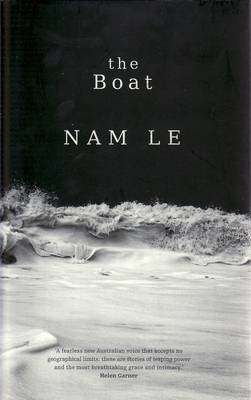 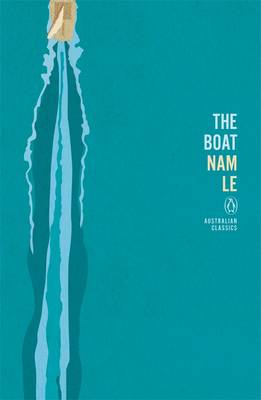 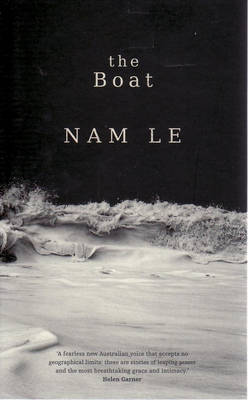 View all editions of The Boat by Nam Le

» Have you read this book? We'd like to know what you think about it - write a review about Boat book by Nam Le and you'll earn 50c in Boomerang Bucks loyalty dollars (you must be a Boomerang Books Account Holder - it's free to sign up and there are great benefits!)

Nam Le's first book, The Boat, received the Australian Prime Minister's Literary Award, the Melbourne Prize (Best Writing Award), the Dylan Thomas Prize, the Anisfield-Wolf Book Award and the PEN/Malamud Award, among other honours. It was selected as a New York Times Notable Book and Editor's Choice, the best debut of 2008 by the Australian Book Review and New York Magazine, and a book of the year by The Age, The Sydney Morning Herald, The Australian, The Herald Sun, The Monthly, and numerous sources around the world. The Boat has been translated into thirteen languages and its stories widely anthologised. Le is the fiction editor of the Harvard Review.