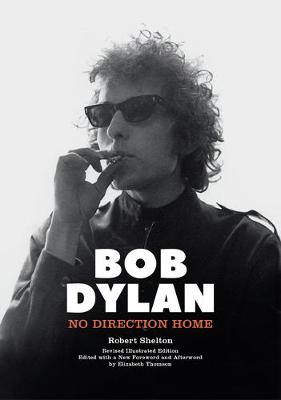 Robert Shelton met Bob Dylan when the young singer arrived in New York in 1961. He became Dylan's friend, champion, and critic. His book, first published in 1986, was hailed as the definitive unauthorized biography of this moody, passionate genius. Shelton tells the intimate and first-hand story of Bob Dylan's formative years in Greenwich Village NYC, and it is the only biography that has been written with his active cooperation.

Dylan gave Shelton access to his parents, Abe and Beatty Zimmerman - whom no other journalist has ever interviewed; to his brother, David; to childhood friends from Hibbing; to fellow students and friends from Minneapolis; and to Suze Rotolo, the muse immortalized on the cover of Freewheelin' , among others. Concluding Dylan's story during his triumphant 1978 world tour, No Direction Home took 20 years to complete and when it was finally published the book received widespread critical acclaim.

Following his Nobel Prize for Literature Award in 2016, Dylan's standing is higher than at any time since the 1960s and Shelton's book is now seen as a classic. This new illustrated edition, published in the year of Dylan's 80th birthday, includes key images of Dylan throughout his incredible, enduring career, making it a must for all Dylan fans.

» Have you read this book? We'd like to know what you think about it - write a review about Bob Dylan - No Direction Home book by Robert Shelton and you'll earn 50c in Boomerang Bucks loyalty dollars (you must be a Boomerang Books Account Holder - it's free to sign up and there are great benefits!)


A Preview for this title is currently not available.
More Books By Robert Shelton
View All