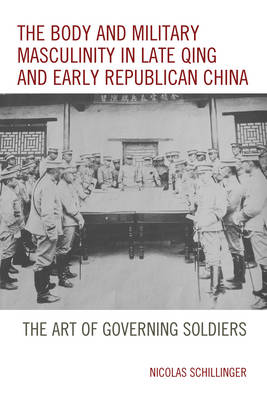 The Art of Governing Soldiers

In 1894-1895, after suffering defeat against Japan in a war primarily fought over the control of Korea, the Qing government initiated fundamental military reforms and established "New Armies" modeled after the German and Japanese military. Besides reorganizing the structure of the army and improving military training, the goal was to overcome the alleged physical weakness and lack of martial spirit attributed to Chinese soldiers in particular and to Chinese men in general. Intellectuals, government officials, and military circles criticized the pacifist and civil orientation of Chinese culture, which had resulted in a negative attitude towards its armed forces and martial values throughout society and a lack of interest in martial deeds, glory on the battlefield, and military achievements among men. The book examines the cultivation of new soldiers, officers, and civilians through new techniques intended to discipline their bodies and reconfigure their identities as military men and citizens. The book shows how the establishment of German-style "New Armies" in China between 1895 and 1916 led to the re-creation of a militarized version of masculinity that stressed physical strength, discipline, professionalism, martial spirit, and "Western" military appearance and conduct. Although the military reforms did not prevent the downfall of the Qing Dynasty or provide stable military clout to subsequent regimes, they left a lasting legacy by reconfiguring Chinese military culture and re-creating military masculinity and the image of men in China.

» Have you read this book? We'd like to know what you think about it - write a review about Body and Military Masculinity in Late Qing and Early Republican China book by Nicolas Schillinger and you'll earn 50c in Boomerang Bucks loyalty dollars (you must be a Boomerang Books Account Holder - it's free to sign up and there are great benefits!)

Nicolas Schillinger is lecturer at the Institute of China Studies at the Free University of Berlin.