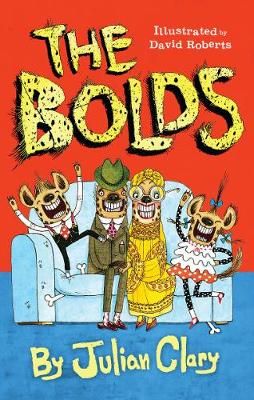 Description - The Bolds by Julian Clary

Mr and Mrs Bold are just like you and me- they live in a nice house (in Teddington), they have jobs (like writing Christmas cracker jokes) and they love to have a bit of a giggle. One slight difference- they're hyenas. Yes, that's right - they're covered in fur, have tails tucked into their trousers, and they really, really like to laugh.

So far, the Bolds have managed to keep things under wraps, even when their children Bobby and Betty were born. But the nosy man next door smells a rat (or a hyena), and a trip to the local wildlife park, and the brilliantly wacky heist that results, could be the end of Teddington's best-kept secret. Whatever will the neighbours think?

Other Editions - The Bolds by Julian Clary 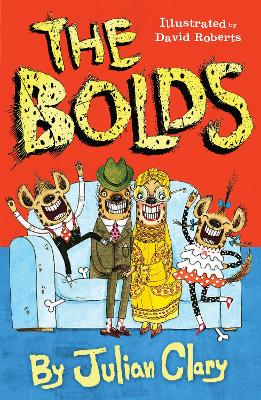 » Have you read this book? We'd like to know what you think about it - write a review about Bolds book by Julian Clary and you'll earn 50c in Boomerang Bucks loyalty dollars (you must be a Boomerang Books Account Holder - it's free to sign up and there are great benefits!)

Julian Clary is a comedian, entertainer and novelist, who has toured across the world with his one-man shows. He became a household name in the late 1980s, and remains one of the country s most popular (and least predictable) entertainers. Julian has appeared on numerous popular TV shows including Celebrity Big Brother (which he won), Strictly Come Dancing, This Morning, QI, Have I Got News For You and is a regular panellist on BBC Radio 4 s Just a Minute. He has starred in West End productions of Taboo and Cabaret, and appears in panto most years he loves wearing silly clothes and lots of make up! Julian also narrates the Little Princess children s television series. He lives in Kent with his partner, dogs and several chickens. David Roberts is an award-winning illustrator who has earned great acclaim for his distinctive style. He was born in Liverpool and studied fashion design at university in Manchester. After graduating, he worked as a milliner and a fashion illustrator, but always felt his true calling was in children s books. David finally realised his dream when his first book was published in 1998, and since then he has collaborated with some of Britain s