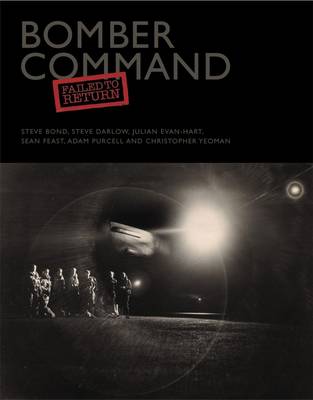 With an average age of just twenty-two, the young airmen of the Royal Air Force's Bomber Command, all volunteers, began operating within minutes of the start of the Second World War. Continually, through to May 1945, the aircrews, with the odds heavily against them, fought in defiance of Nazi aggression. They defended the British Isles against invasion, they took the war directly back to Germany, they supported the Allied land campaigns, they opposed the enemy Navy and U-boat threats, and they countered the German V-weapon offensives. But the cost was high. From this multi-national force, made up of British airmen, Canadians, Australians, New Zealanders, South Africans, Rhodesians, Indians, Poles, Czechs, French, Americans and Jamaicans, a staggering 55,573 airmen would lose their lives, 9,838 would become prisoners of war and a further 8,403 would suffer wounds. Fighting High Publishing brings together notable military aviation authors to tell the stories of some of those who 'failed to return' from operations. The carefully selected stories demonstrate the diversity of operational duties undertaken by the aircrews, whilst highlighting the extremes of danger they faced, often day after day and night after night. Most would not survive their ordeal, and many others would see out the war incarcerated in an enemy POW camp. The authors, drawing upon surviving veteran accounts, family archives, official documents, wartime memoirs and letters, flying logbooks, and relative and witness recollections, piece together the extraordinary, gripping, yet ultimately tragic events surrounding the losses described. Illustrated throughout with colour and black and white photographs and documents, 'Bomber Command Failed to Return' ensures that the memory of all the young men, some would even say boys, who sacrificed all, is kept alive.

Other Editions - Bomber Command: Failed to Return by Steve Bond 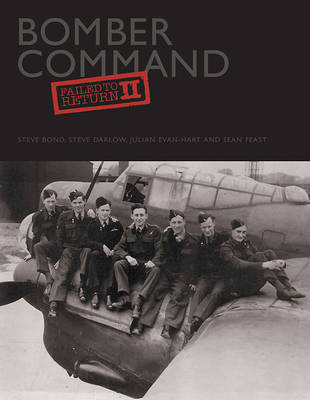 » Have you read this book? We'd like to know what you think about it - write a review about Bomber Command: Failed to Return book by Steve Bond and you'll earn 50c in Boomerang Bucks loyalty dollars (you must be a Boomerang Books Account Holder - it's free to sign up and there are great benefits!)

Steve Bond served in the RAF and now lectures at City University. Previous work includes histories of RAF Brize Norton, RAF St.Athan and the Gloster Meteor, along with Heroes All - a collection of wartime stories based on veteran interviews. Steve Darlow is an established military aviation author with eleven books to date. Previous work includes D-Day Bombers, Five of the Few, Five of the Many, and Flightpath to Murder. Julian Evan-Hart is a metal detectorist, aviation archaeologist and author. Through historical research, and the recording of discoveries, his aim is to bring the past to life, and ensure it is preserved for the future. Sean Feast works in PR and advertising and is the author of six books, including Heroic Endeavour, Master Bombers and Churchill's Navigator. Adam Purcell's respect for Bomber Command grew while uncovering the story of his great uncle Jack. Fighting High presents his first venture in to print. Christopher Yeoman is a military aviation author from Farnborough, Hampshire. His work includes Tiger Cub: The Story of John Freeborn, DFC* and The Battle of Britain: Portraits of the Few.