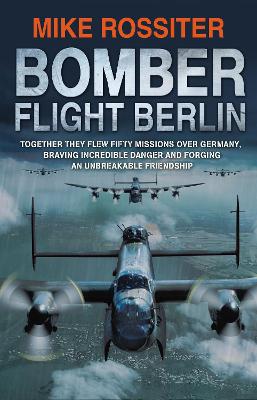 Flying Lancaster bombers on raids into Germany was one of the most dangerous missions of the war. Casualties in Bomber Command were shockingly high, there was statistically only a 17% chance of a bomber crew surviving a full tour of operations. Night after night Flight Sergeant Geoffrey King and the crew of C Charlie risked their lives. Together they faced incredible dangers, near misses, close encounters with the fighter planes of the Luftwaffe, and crash landings. Against this background a friendship was formed that bound the crew of C Charlie together against all odds.Between May 1943 and May 1944 Geoffrey King and his crew flew thirty missions over Germany, hitting Frankfurt, the Ruhr, and bombing Berlin ten times. They trusted each other so much that they were determined to stay together after their full tour. They refused to take leave and be split up, instead they volunteered immediately for another tour. As King says 'We believed in ourselves so much, no one ever panicked, even when the situation looked so desperate. We all believed that our best chance of staying alive was to stick together.'Geoffrey King and the crew of C Charlie are unique in having flown together for fifty missions and living to tell the tale. Now, sixty years later, Geoffrey is the only one of this group of friends still alive to tell the story. As well as the memories of the other men he spent three years of the war with, he lives daily with the memories of those ten missions above Berlin, as he flew into what seemed certain death, and aircraft all around him were blasted out of the sky.

» Have you read this book? We'd like to know what you think about it - write a review about Bomber Flight Berlin book by Mike Rossiter and you'll earn 50c in Boomerang Bucks loyalty dollars (you must be a Boomerang Books Account Holder - it's free to sign up and there are great benefits!)

Mike Rossiter is the author of a number of bestselling books on military history - Ark Royal, Sink the Belgrano, Target Basra and I Sank the Bismarck (which he co-authored with John Moffat).

A Preview for this title is currently not available.
More Books By Mike Rossiter
View All