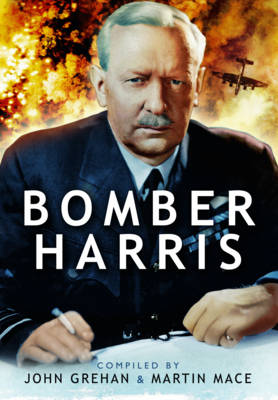 The bombing campaign conducted against Germany and German-occupied Europe in the Second World War was, and remains, one of the most controversial operations of the entire war. Much of Bomber Command's effort was what was defined as 'area' bombing, in which whole cities or districts were targeted. "The ultimate aim of an attack on a town area," Sir Arthur Harris wrote in one of his despatches, "is to break the morale of the population which occupies it ...namely, to produce (i) destruction and (ii) fear of death." This strategy was so successful it almost brought Germany to the point of collapse until Churchill, worried about the devastation it was causing and the number of civilian deaths which resulted, ordered it to cease. Harris' despatches explain in great detail the success of his methods which, if given full reign, may have brought the war to a speedier conclusion but would have meant even more German casualties. Such was the controversy surrounding Bomber Command's operations, Harris' despatches were not published by the government, even though the despatches of every other branch of the armed services, and all of their operations, were made public. The full text of Harris' despatches is reproduced here along with an explanation why these documents were withheld for so many years. SELLING POINTS: Covers one of the most controversial campaigns of the whole war Hugely debated figure and this book will create more controversy Official records released for the first time to the public here Unique insight into the mind of Harris along with explanation of why they have been kept secret Illustrated

» Have you read this book? We'd like to know what you think about it - write a review about Bomber Harris book by John Grehan and you'll earn 50c in Boomerang Bucks loyalty dollars (you must be a Boomerang Books Account Holder - it's free to sign up and there are great benefits!)

Martin Mace has been involved in writing and publishing military history for more than twenty years. He began his career with local history, writing a book on the Second World War anti-invasion defences and stop lines in West Sussex. In 2006 he began working on the idea for Britain at War Magazine, This publication has grown rapidly to become the best-selling military history periodical.