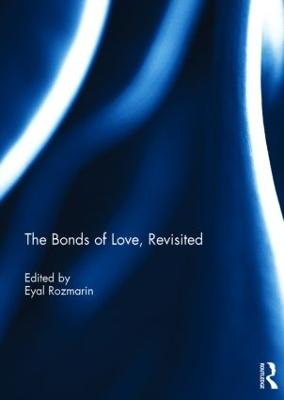 The Bonds of Love, Revisited

Description - The Bonds of Love, Revisited by Eyal Rozmarin

The publication of her book, "Bonds of Love" (1989) was nothing short of a revolution. Psychoanalysis was until then a field immune to a changing world, to the unrest of the 60s, to the feminist and queer liberation movements, to the new philosophies of the Frankfurt School in Germany and post-structuralism in France. The book was a game changer. It called psychoanalysis to doubt its most basic premises on the human condition. It read Freud through a feminist framework, and through Hegel, forever tipping our perspective on infancy, gender, and the interplay of power and dependence that drives human relationships from the start.

This volume marks the 25th anniversary of Benjamin's work. Pulling together 15 international scholars, it looks back on the book's first impact, as well as on its continued relevance to psychoanalysis and gender studies today. Chapters offer theoretical deliberations and elaborations of the book's original themes as well as reflecting on it from more intimate angles, as a source of personal and professional inspiration for feminists and clinicians around the world.

This book was originally published as a special issue of Studies in Gender and Sexuality.

Other Editions - The Bonds of Love, Revisited by Eyal Rozmarin 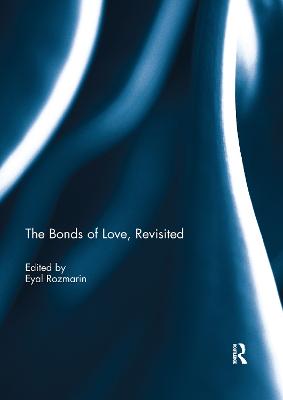 Book Reviews - The Bonds of Love, Revisited by Eyal Rozmarin

» Have you read this book? We'd like to know what you think about it - write a review about Bonds of Love, Revisited book by Eyal Rozmarin and you'll earn 50c in Boomerang Bucks loyalty dollars (you must be a Boomerang Books Account Holder - it's free to sign up and there are great benefits!)

Eyal Rozmarin, Ph.D., is co-editor of Studies in Gender and Sexuality and Associate Editor of the Routledge book series Relational Perspectives. He has published numerous articles in psychoanalytic Journals, including Psychoanalytic Dialogues, Contemporary Psychoanalysis and Studies in Gender and Sexuality, and presented papers in conferences around the world. His research takes place in the intersection of psychoanalysis and social theory, and explores the relations between subjectivity, society and history.

A Preview for this title is currently not available.
More Books By Eyal Rozmarin
View All