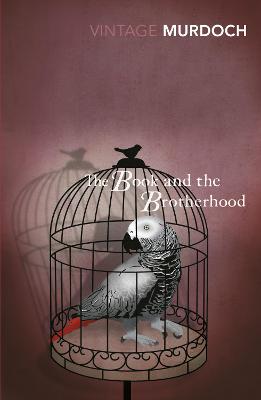 The Book And The Brotherhood

Description - The Book And The Brotherhood by Iris Murdoch

A highlight amongst Murdoch's novels, shortlisted for the Man Booker Prize.

It's the midsummer ball at Oxford, and a group of men and women - friends since university days - have gathered under the stars. Included in this group is David Crimond, a genius and fervent Marxist. Years earlier the friends had persuaded David to write a philosophical and political book on their behalf. But opinions and loyalties have changed, and on this summer evening the long-resting ghosts of the past come careering back into the present.

Buy The Book And The Brotherhood by Iris Murdoch from Australia's Online Independent Bookstore, Boomerang Books.

Other Editions - The Book And The Brotherhood by Iris Murdoch Book Reviews - The Book And The Brotherhood by Iris Murdoch

» Have you read this book? We'd like to know what you think about it - write a review about Book And The Brotherhood book by Iris Murdoch and you'll earn 50c in Boomerang Bucks loyalty dollars (you must be a Boomerang Books Account Holder - it's free to sign up and there are great benefits!)

Iris Murdoch was born in Dublin in 1919 of Anglo-Irish parents. She went to Badminton School, Bristol, and read classics at Somerville College, Oxford. During the war she was an Assistant Principal at the Treasury, and then worked with UNRRA in London, Belgium and Austria. She held a studentship in philosophy at Newnham College, Cambridge, and then in 1948 she returned to Oxford, where she became a Fellow of St Anne's College. Until her death in February 1999, she lived with her husband, the teacher and critic John Bayley, in Oxford. Awarded the CBE in 1976, Iris Murdoch was made a DBE in the 1987 New Year's Honours List. In the 1997 PEN Awards she received the Gold Pen for Distinguished Service to Literature. Iris Murdoch made her writing debut in 1954 with Under the Net, and went on to write twenty-six novels, including the Booker prize-winning The Sea, The Sea (1978). Other literary awards include the James Tait Black Memorial Prize for The Black Prince (1973) and the Whitbread Prize (now the Costa Book Award) for The Sacred and Profane Love Machine (1974). Her works of philosophy include Sartre- Romantic Rationalist, Metaphysics as a Gui