The Book of Mormon

Description - The Book of Mormon by Joseph Smith

The spiritual text that forms the basis of Mormonism-in the last edition edited by its founder, Joseph Smith, Jr.

The Book of Mormon is one of the most influential-as well as controversial-religious documents in American history, and is regarded as sacred scripture by followers around the world, including members of the Church of Jesus Christ of Latter-Day Saints, the fourth-largest religious body in the United States. According to Mormon belief, The Book of Mormon was inscribed on golden plates by ancient prophets. It contains stories of ancient peoples migrated from the Near East to the Americas, founding civilizations led by kings, prophets, and priests, and continuing in the religious practices of the Israelites. The narrative also explains that Jesus Christ appeared to the New World peoples after his resurrection. The golden plates were discovered in upstate New York and translated by Joseph Smith, Jr., under the guidance of an angel, Moroni. From this divine revelation, Smith founded the Mormon sect, which is now comprised of more than 12.5 million members worldwide.

Other Editions - The Book of Mormon by Joseph Smith 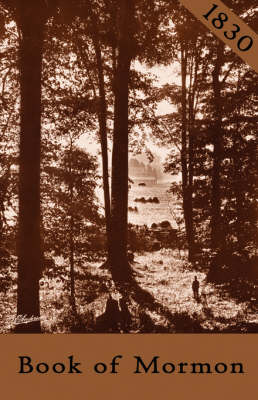 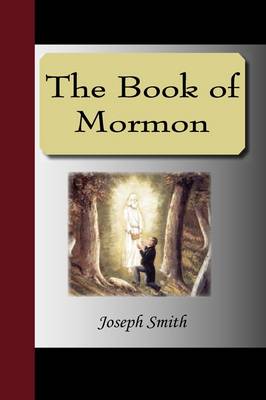 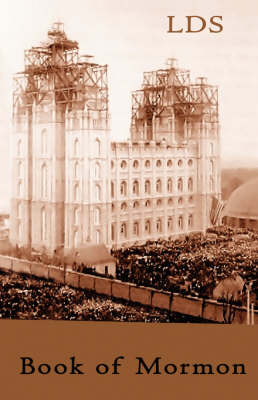 Book Reviews - The Book of Mormon by Joseph Smith

» Have you read this book? We'd like to know what you think about it - write a review about Book of Mormon book by Joseph Smith and you'll earn 50c in Boomerang Bucks loyalty dollars (you must be a Boomerang Books Account Holder - it's free to sign up and there are great benefits!)

A Preview for this title is currently not available.
More Books By Joseph Smith
View All

The Voice of Truth: Containing General Joseph Smith's Corresondence with Gen. James Arlington Bennett; Appeal to the Green Mountain Boys; Correspondence with John C. Calhoun, Esq.; Views of the Powers and Policy of the Government of the United States; Pa
$73.20 $81.33

Old Redstone, or, Historical Sketches of Western Presbyterianism: Its Early Ministers, Its Perilous Times, and Its First Records
$98.95 $109.94

The Pearl of Great Price: Being a Choice Selection from the Revelations, Translations, and Narrations of Joseph Smith, First Prophet, Seer, and Revelator to the Church of Jesus Christ of Latter-Day Saints
$73.20 $81.33

Modern Pleas for Anarchy and Rebellion Review'd: Or, a Particular Examination of the Senses Put on St. Peter and St. Paul Concerning the Measures of Submission to the Civil Power. ... by J. Smith. ...
$66.85 $74.28

The Doctrine and Covenants, of the Church of Jesus Christ of Latter-Day Saints: Containing the Reve
$80.72 $89.69