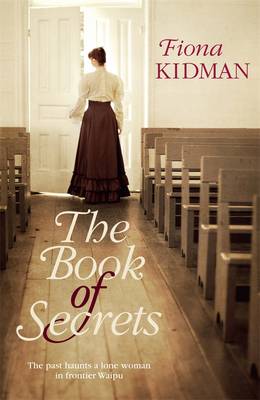 The Book of Secrets

Description - The Book of Secrets by Fiona Kidman

A classic, prize-winning novel about an epic migration and a lone woman haunted by the past in frontier Waipu.

In the 1850s, a group of settlers established a community at Waipu in the northern part of New Zealand. They were led there by a stern preacher, Norman McLeod. The community had followed him from Scotland in 1817 to found a settlement in Nova Scotia, then subsequently to New Zealand via Australia.

Their incredible journeys actually happened, and in this winner of the New Zealand Book Awards, Fiona Kidman breathes life and contemporary relevance into the facts by creating a remarkable fictional story of three women entangled in the migrations - Isabella, her daughter Annie and granddaughter Maria.

McLeod's harsh leadership meant that anyone who ran counter to him had to live a life of secrets. The 'secrets' encapsulated the spirit of these women in their varied reactions to McLeod's strict edicts and connect the past to the present and future.

Other Editions - The Book of Secrets by Fiona Kidman 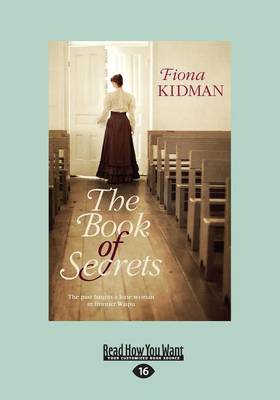 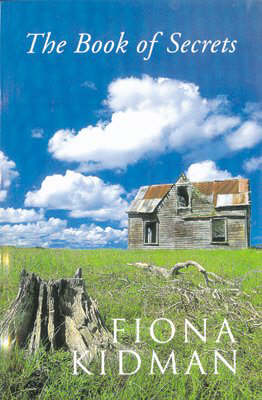 Book Reviews - The Book of Secrets by Fiona Kidman

» Have you read this book? We'd like to know what you think about it - write a review about Book of Secrets book by Fiona Kidman and you'll earn 50c in Boomerang Bucks loyalty dollars (you must be a Boomerang Books Account Holder - it's free to sign up and there are great benefits!)

Fiona Kidman has published over 25 books, including novels, poetry, non-fiction and a play. She has worked as a librarian, creative writing teacher, radio producer and critic, scriptwriter for radio, television and film, but primarily as a writer. The New Zealand Listener wrote- In her craft and her storytelling and in her compassionate gutsy tough expression of female experience, she is the best we have. She has been the recipient of numerous awards and fellowships; in more recent years The Captive Wife was runner-up for the Deutz Medal for Fiction and was joint-winner of the Readers Choice Award in the 2006 Montana New Zealand Book Awards, and her short story collection The Trouble with Fire was shortlisted for both the NZ Post Book Awards and the Frank O Connor Award. She was created a Dame (DNZM) in 1998 in recognition of her contribution to literature, and more recently a Chevalier de l Ordre des Arts et des Lettres and a Chevalier of the French Legion of Honour. We cannot talk about writing in New Zealand without acknowledging her, wrote New Zealand Books. Kidman s accessible prose and the way she shows (mainly) women grappl

A Preview for this title is currently not available.
More Books By Fiona Kidman
View All