The Fine Colour of Rust

Description - The Fine Colour of Rust by P. A. O'Reilly

If you loved A Short History of Tractors in Ukrainian, you'll love The Fine Colour of Rust.

Single mother Loretta Boskovic may have fantasies about dumping her two kids in the orphanage and riding off on a Harley with her dream lover, but her reality is life in a dusty country town called Gunapan.

A self-dubbed `old scrag', Loretta's got a big heart and a strong sense of injustice. So, when Gunapan's primary school is threatened with closure, and there's a whiff of corruption wafting through the corridors of the local council, she stirs into action. She's short of money, influence and a fully functioning car, but she does have loyal friends who'll do whatever it takes to hold on to the scrap of world that is home.

The Fine Colour of Rust is a wryly funny, beautifully observed, life-affirming novel about friendship, love and fighting for things that matter. In Loretta Boskovic, Paddy O'Reilly (writing as P A O'Reilly) has created a truly endearing heroine who gives us all permission to dream.

Other Editions - The Fine Colour of Rust by P. A. O'Reilly 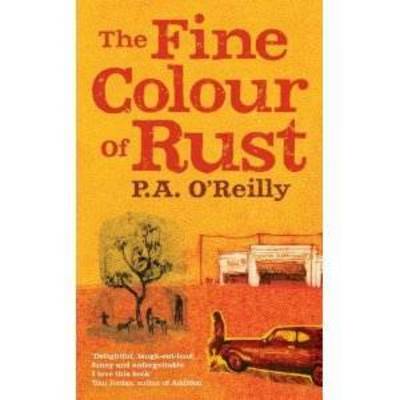 Book Reviews - The Fine Colour of Rust by P. A. O'Reilly

» Have you read this book? We'd like to know what you think about it - write a review about Fine Colour of Rust book by P. A. O'Reilly and you'll earn 50c in Boomerang Bucks loyalty dollars (you must be a Boomerang Books Account Holder - it's free to sign up and there are great benefits!)

Paddy O'Reilly is a writer from Victoria, Australia. Her work has been published and broadcast widely both in Australia and internationally. Her short story collection The End of the World garnered much review coverage in Australia and was shortlisted for several awards. Her debut novel, The Factory was broadcast in fifteen episodes as the ABC Radio National Book Reading in 2009. She has also written screenplays. Paddy has spent several years living in Japan, working as a copywriter and translator.