Born a free man in New York State in 1808, Solomon Northup was kidnapped in Washington, D.C., in 1841. He spent the next twelve years as a slave on a Louisiana cotton plantation. During this time he was frequently abused and often afraid for his life. After regaining his freedom in 1853, Northup published this gripping account of his captivity. As an educated man, Northup was able to present an exceptionally detailed description of slave life and plantation society. Indeed, this book is probably the fullest, most realistic picture of the 'peculiar institution' during the three decades before the Civil War. Northup tells his story both from the viewpoint of an outsider, who had experienced thirty years of freedom and dignity in the United States before his capture, and as a slave, reduced to total bondage and submission. Very few personal accounts of American slavery were written by slaves with a similar history. This extraordinary slave narrative, new to Penguin Classics, has a new introduction by prize-winning historian and author Ira Berlin, an an essay by Henry Louis Gates Jr.

Other Editions - Twelve Years a Slave by Solomon Northup 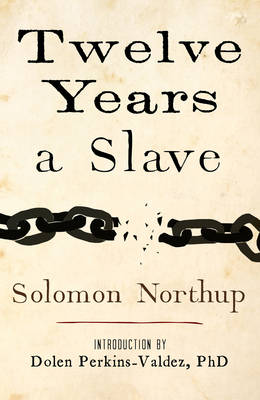 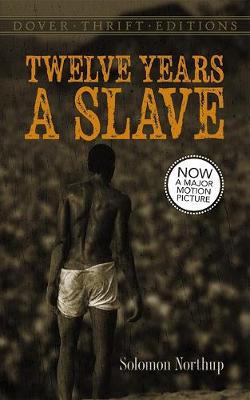 » Have you read this book? We'd like to know what you think about it - write a review about Twelve Years a Slave book by Solomon Northup and you'll earn 50c in Boomerang Bucks loyalty dollars (you must be a Boomerang Books Account Holder - it's free to sign up and there are great benefits!)

SOLOMON NORTHUP was kidnapped into slavery in Washington, D.C. in 1841. Shortly afterhis escape, he published his memoirs to great acclaim and brought legal action against hisabductors, though they were never persecuted. The details of his life thereafter are unknown, buthe is believed to have died in Glen Falls, NY, around 1863.IRA BERLIN (introducer) is Distinguished Professor of History at the University of Maryland. Hismany books include THE MAKING OF AFRICAN AMERICA (Viking Penguin) and MANY THOUSANDS GONE: THE FIRST TWO CENTURIES OF SLAVERY IN NORTH AMERICA, winner of the Bancroft Prize and the Los Angeles Times Book Prize and a finalist for the National Book Critics Circle Award.HENRY LOUIS GATES JR. (general editor) is Alphonse Fletcher University Professor and director ofthe W. E. B Du Bois Institute for African and African American Research at Harvard University. AMacArthur Fellow, he is also editor-in-chief of the Oxford African American Studies Center, hostof Faces of America (PBS), and editor-in-chief of TheRoot.com.

A Preview for this title is currently not available.
More Books By Solomon Northup
View All

Twelve Years a Slave; The Thrilling Story of a Free Colored Man, Kidnapped in Washington in 1841 ... Reclaimed by State Authority from a Cotton Plantation in Louisiana
Available, ships in 8-11 days
$61.61 $68.45