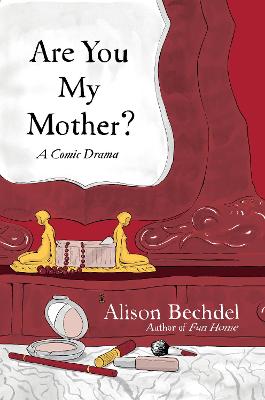 Are You My Mother?

Description - Are You My Mother? by Alison Bechdel

Alison Bechdel's Fun Home, her remarkable graphic memoir about her father, established itself immediately as a classic of the genre, being chosen as Time Magazine's Best Book of the Year for 2006, while The Times called it 'a profound and important book'. Now Bechdel has written another memoir, equally rich and funny, about her mother.

A voracious reader, a lover of music (from opera to death metal), a passionate amateur actress, she is also a woman, unhappily married to a closeted gay man, whose artistic aspirations simmered under the surface of Bechdel's childhood... and who stopped touching or kissing her daughter goodnight, for ever, when she was seven. Poignantly, hilariously, Bechdel embarks on a quest for answers concerning the mother-daughter gulf.

The result is a richly layered search that leads readers from the fascinating life and work of psychoanalyst Donald Winnicott and the novels of Virginia Woolf to Bechdel's own adult love life. And, finally, back to Mother - to a truce, fragile and real-time, that will move and astonish all adult children of gifted mothers.

Buy Are You My Mother? by Alison Bechdel from Australia's Online Independent Bookstore, Boomerang Books.

Other Editions - Are You My Mother? by Alison Bechdel 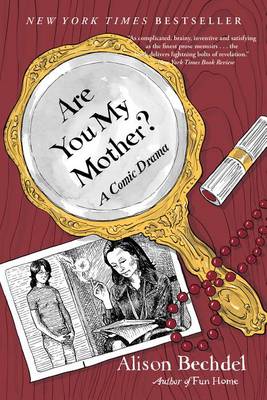 Book Reviews - Are You My Mother? by Alison Bechdel

» Have you read this book? We'd like to know what you think about it - write a review about Are You My Mother? book by Alison Bechdel and you'll earn 50c in Boomerang Bucks loyalty dollars (you must be a Boomerang Books Account Holder - it's free to sign up and there are great benefits!)

Alison Bechdel is the author of the bestselling memoir Fun Home- A Family Tragicomic, which was named a Best Book of the Year by Time, Entertainment Weekly, the New York Times, and People among others. For twenty-five years, she wrote and drew the comic strip Dykes to Watch Out For, a visual chronicle of modern life - queer and otherwise - considered 'one of the pre-eminent oeuvres in the comics genre.' Alison Bechdel is guest editor of Best American Comics, 2011, and has drawn comics for Slate, McSweeney's, Entertainment Weekly, Granta, and the New York Times Book Review. http-//dykestowatchoutfor.com/