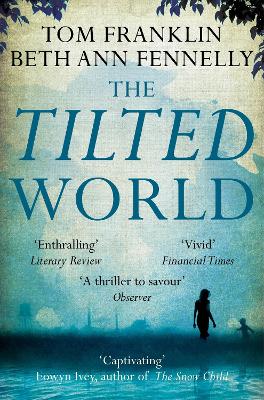 April 1927. After months of rain, the Mississippi River has reached dangerous levels and the little town of Hobnob, situated at a sharp bend in the river and protected only by a faltering levee, is at threat. Residents fear the levee will either explode under the pressure of the water or be blown by saboteurs from New Orleans, who wish to save their own city. Now Ingersoll, a blues-playing prohibition agent, and his gregarious partner Ham, must travel to Hobnob to investigate the strange disappearance of their predecessors; and then get out while they can. But when the men come across an orphaned baby, they can little imagine how events are about to change them - and the great South - forever.

Dixie Clay is a bootlegger, brewing moonshine for her feckless husband Jesse ever since they lost their baby to scarlet fever. Her marriage crumbling, she is guarding a terrible secret about the two missing prohibition agents. Before long, the lives of Ingersoll and Dixie Clay will collide; everything they thought they knew about love and loyalty will turn on its head. And in the dead of night, after thick, illusory fog, the levee will break . . .

A gripping, lyrical novel set against the greatest natural disaster in US history, The Tilted World takes a devastating historical moment and weaves an unforgettable tale of love and survival.

Other Editions - The Tilted World by Tom Franklin 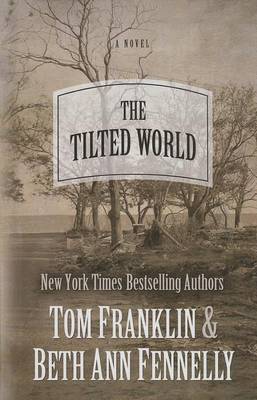 » Have you read this book? We'd like to know what you think about it - write a review about Tilted World book by Tom Franklin and you'll earn 50c in Boomerang Bucks loyalty dollars (you must be a Boomerang Books Account Holder - it's free to sign up and there are great benefits!)

Tom Franklin is the award-winning and New York Times bestselling author of Crooked Letter, Crooked Letter which was nominated for nine awards and won the prestigious Crime Writers' Association Gold Dagger Award and the Los Angeles Times Book Prize. Beth Ann Fennelly's honors include the Kenyon Review Prize and three inclusions in The Best American Poetry. Fennelly has published three volumes of poetry, along with her non fiction book, Great With Child. She directs the University of Mississippi's MFA program. They live in Oxford, Mississippi with their three children. 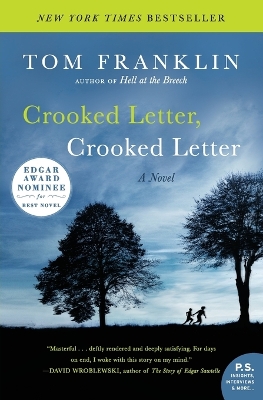