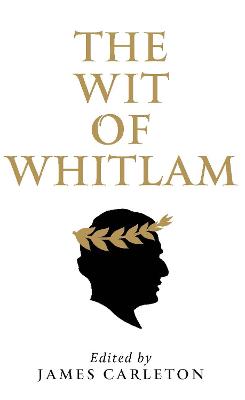 The Wit of Whitlam

Description - The Wit of Whitlam by James Carleton

His wife Margaret was his 'best appointment', he called Malcolm Fraser 'Kerr's cur' after the Dismissal and when Sir Winton Turnbull called out in parliament 'I am a country member', Gough interjected 'I remember'.
When it was suggested he was funny, Gough responded- 'Funny! Funny? Witty, yes. Epigrammatic perhaps, but not funny. You make me sound like a clown.'
James Carleton, Radio National presenter and founder of the university club 'The Dewy-Eyed Whitlamites', presents a keepsake of Goughisms that vindicates the Great Man's self-assessment, 'I never said I was immortal, merely eternal.'

Other Editions - The Wit of Whitlam by James Carleton 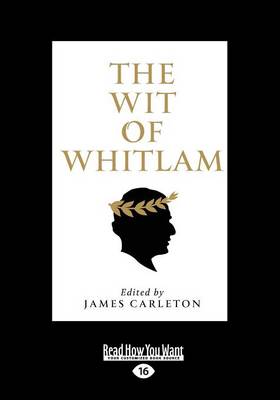 Book Reviews - The Wit of Whitlam by James Carleton

» Have you read this book? We'd like to know what you think about it - write a review about Wit of Whitlam book by James Carleton and you'll earn 50c in Boomerang Bucks loyalty dollars (you must be a Boomerang Books Account Holder - it's free to sign up and there are great benefits!)

James Carleton is a reporter and alternate presenter of Radio National's Breakfast program. Specialising in national and international politics, especially the Middle East, he has reported for 7.30 and written for the Sydney Morning Herald.James is well experienced with conflict situations as the father of three young boys.In 1990 he founded the Sydney University club 'The Dewy-Eyed Whitlamites'. 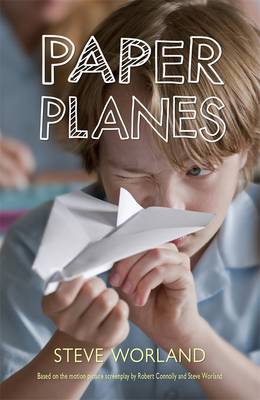 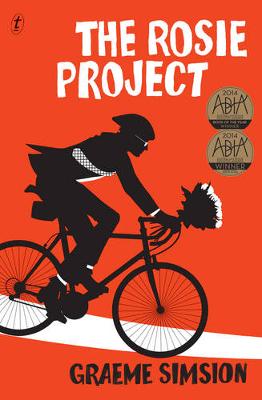 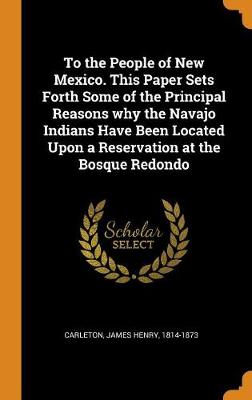 To the People of New Mexico. This Paper Sets Forth Some of the Principal Reasons Why the Navajo Indians Have Been Located Upon a Reservation at the Bosque Redondo
Hardback, October 2018
$72.62 $80.69 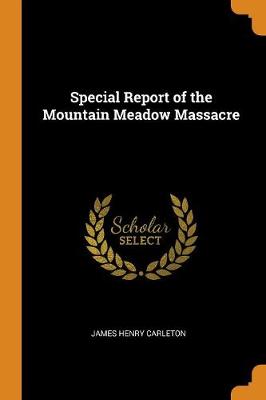 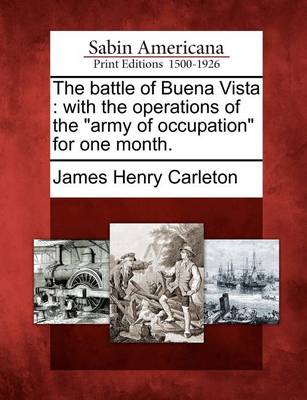 The Battle of Buena Vista: With the Operations of the Army of Occupation for One Month.
Paperback / softback, February 2012
$58.96 $65.51
View All Books By Author James Carleton