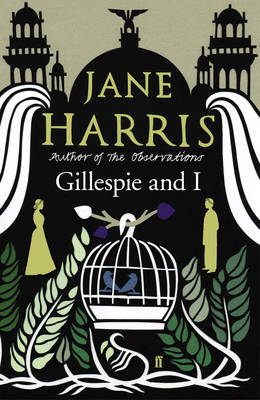 Description - Gillespie and I by Jane Harris

As she sits in her Bloomsbury home, with her two birds for company, elderly Harriet Baxter sets out to relate the story of her acquaintance, nearly four decades previously, with Ned Gillespie, a talented artist who never achieved the fame she maintains he deserved.

Back in 1888, the young, art-loving, Harriet arrives in Glasgow at the time of the International Exhibition. After a chance encounter she befriends the Gillespie family and soon becomes a fixture in all of their lives. But when tragedy strikes - leading to a notorious criminal trial - the promise and certainties of this world all too rapidly disorientate into mystery and deception.

Featuring a memorable cast of characters, infused with atmosphere and period detail, and shot through with wicked humour, Gillespie and I is a tour de force from an emerging writer.

Other Editions - Gillespie and I by Jane Harris 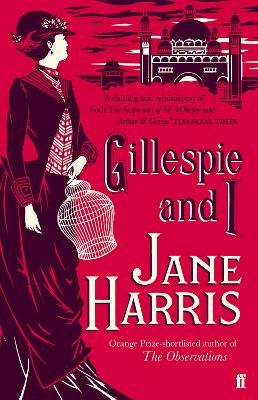 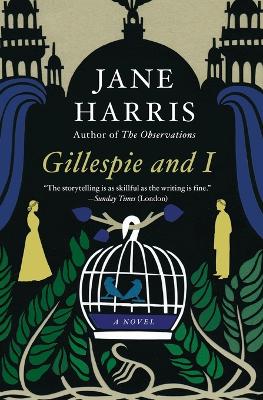 Book Reviews - Gillespie and I by Jane Harris

» Have you read this book? We'd like to know what you think about it - write a review about Gillespie and I book by Jane Harris and you'll earn 50c in Boomerang Bucks loyalty dollars (you must be a Boomerang Books Account Holder - it's free to sign up and there are great benefits!)

It is April 1933. Harriet Baxter is eighty, unmarried, of independent means and consumed with the urge to write of the time forty-five years ago, in 1888, when she was "friend and soul-mate" (as she puts it) of the Scottish artist Ned Gillespie.

It has to be said the Harriet is also a well-meaning busybody with a high opinion of herself. Although, as she notes, it was not hard in 1888 Glasgow for folk to demonize her, an outsider, as a well-off, interfering old maid from 'down South' who has designs on one of their men. And this, she claims, is what they did.

Harriet tells us right from the beginning of her account that she had "profound rapport" with Ned who, in her "humble opinion" was, at the time of his suicide, "about to reach the zenith of his creative powers". She also mentions "that silly white-slave business and the trial". So we, who are occasionally addressed in the Jane Austen manner as "Reader", know that she is about to reveal details of the "sequence of profoundly affecting events" which wiped out Gillespie's work, his life and their "most intimate of friendships".

Harriet likes to tease her readers with hints of terrible revelations. Some, such as her discovery of the potentially scandalous and damaging (to Ned's career) homosexuality of Ned's brother, Kenneth, she discloses quite quickly. Others, like what happened to Rose, Ned's youngest daughter, must wait. She implies early on that something bad happened to Rose, but just how bad and whether and in what way she was responsible, she does not discuss until much later. Even then, in spite of references to published reports and quoted testimonies, we have only Harriet's version. We must trust her memory and her honesty. So, by the end of the book you feel you may need to read the whole thing again, especially as she develops a habit of interweaving chapters into her account which relate her current suspicions about her resident maid, and one begins to suspect that she is losing her grip on reality.

There is no doubting that Harriet's first meeting with Ned Gillespie was accidental. Nor could she have engineered her life-saving intervention in the bizarre accident with false teeth suffered by Ned's mother, Elspeth. She did not at the time even know that this was Ned's mother and it was only at Elspeth's bossy, extrovert insistence that she visited Elspeth's Daughter-in -law's home for afternoon tea and unexpectedly met Ned again. However, as more visits take place it becomes clear that however much Harriet rationalizes her actions she is more than casually interested in Ned. It is his art, of course, which interests her and which she evaluates, encourages and admires; and naturally the well-being of his whole family's is of concern to her. Asking Annie, Ned's wife, to paint her portrait is a shrewd and generous move, after Ned has declined the commission; and confronting caricaturist, Mungo Findlay, about a scandalous cartoon featuring Ned and his brother, which is due to be published just before a meeting of the Fine Arts Committee at which Ned's suitability as a Royal portraitist will be judged, is a necessary intervention. Maybe Harriet's enrollment in Ned's art classes is a little suspect, but she is genuinely interested in art.

Harriet's own word-portraits of Ned's children Sibyl and Rose show that she has little experience of childhood jealousies, tantrums and mischief. She finds Sibyl difficult, sly and malevolent. But Sibyl, in fact, does perpetrate some awful deeds and she does become mentally deranged when her sister, Rose, disappears and she appears to have been responsible for this. And the whole of Harriet's story, her relationship with Ned and his family, ends with the events which resulted from Rose's disappearance.

Harriet's story-telling style is lively, wry, opinionated and often very funny. In her, Jane Harris, has created a character we can believe in and, although you may not much like her, you can understand her and are inclined to take her at her word. The effect is subtle and only the dramatic events towards the end of Harriet's account make you re-assess your trust in her. As, it seems, Ned did, too.

Only at the end of the book, too, are you likely to note that in Harriet's preface to her story she gives her reasons for not writing sooner. "Perhaps I needed to gain some distance from a sequence of profoundly affecting events", she writes. "Perhaps the act of committing this narrative to paper will free me of certain recurring dreams and (God willing!) diminish my eternal aching sadness about Ned Gillespie". "Fair enough", you think.

But then, in her penultimate chapter, she drops in a sentence about the recent publication of "a certain provocative little pamphlet" and offers a scornful but brief rebuttal of "Kemp's theory". Who, you wonder, was Kemp? Looking back, you find that Harriet mentions Kemp only once before as an "ink-slinger', an "intrepid newspaperman" who rented a room opposite the Gillespie's home in order to spy on them after Rose's disappearance. She describes him as "a sallow, reptilian creature" whose "horrid visage" became "a permanent fixture in the lodging-house window".

Was Kemp a despicable media hound or an astute journalist? Was he right about Harriet's cunning? As always, we have only Harriet's words on which to judge him and his accusations.

Jane Harris was born in Belfast and brought up in Glasgow. Her debut novel, The Observations, was shortlisted for the 2007 Orange Broadband Prize for Fiction, and she was also shortlisted for the British Book Awards Waterstone's Newcomer of the Year and the South Bank Show Times Breakthrough Award. She lives in London with her husband Tom. 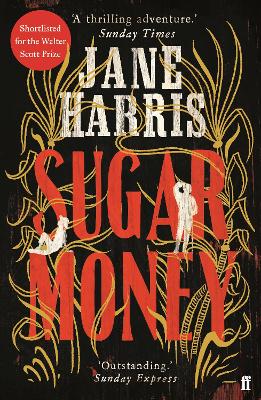 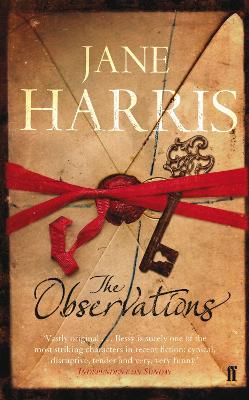 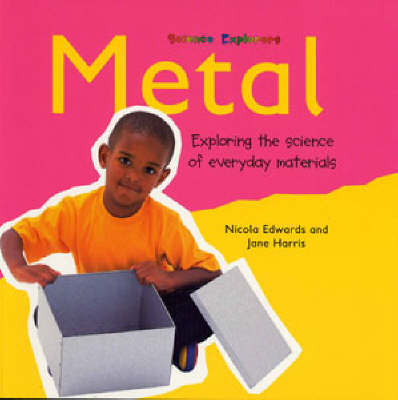 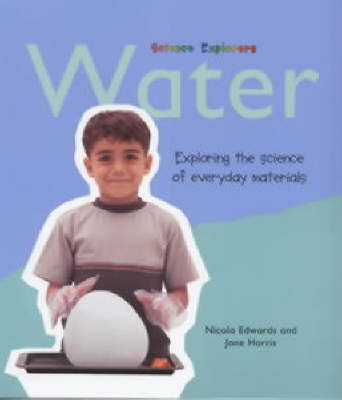 Water: Exploring the Science of Everyday Materials
Hardback, May 2000
View All Books By Author Jane Harris