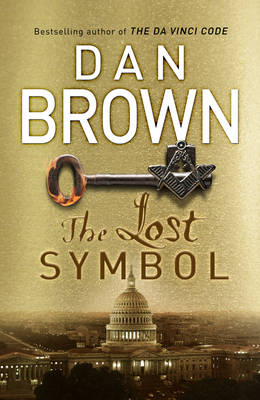 WHAT WAS LOST WILL BE FOUND Washington DC- Harvard symbologist Robert Langdon is summoned at the last minute to deliver an evening lecture in the Capitol Building. Within moments of his arrival, however, a disturbing object gruesomely encoded with five symbols is discovered at the epicentre of the Rotunda. It is, he recognises, an ancient invitation, meant to beckon its recipient towards a long-lost world of hidden esoteric wisdom. When Langdon s revered mentor, Peter Solomon philanthropist and prominent mason is brutally kidnapped, Langdon realizes that his only hope of saving his friend s life is to accept this mysterious summons and follow wherever it leads him. Langdon finds himself quickly swept behind the facade of America s most historic city into the unseen chambers, temples and tunnels which exist there. All that was familiar is transformed into a shadowy, clandestine world of an artfully concealed past in which Masonic secrets and never-before-seen revelations seem to be leading him to a single impossible and inconceivable truth. A brilliantly composed tapestry of veiled histories, arcane icons and enigmatic codes, The Lost Symbol is an intelligent, lightnin

Other Editions - The Lost Symbol by Dan Brown 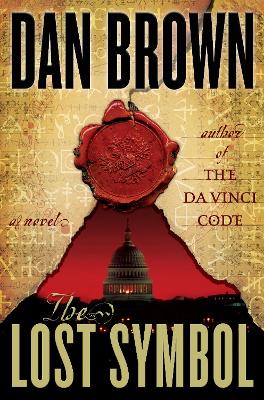 » Have you read this book? We'd like to know what you think about it - write a review about Lost Symbol book by Dan Brown and you'll earn 50c in Boomerang Bucks loyalty dollars (you must be a Boomerang Books Account Holder - it's free to sign up and there are great benefits!)

The Lost Symbol is the 3rd in Dan Brown’s Robert Langdon series. The story goes over 24 hours and starts with Langdon being flown by private jet to Washington to give a lecture as a favour to his long-time friend (and Mason), Peter Solomon. Soon enough, this turns out to be a ruse, and Langdon finds himself at the Capitol’s Rotunda where Solomon’s severed and tattooed hand is left by a mysterious man. Langdon’s expertise as a symbologist is demanded to find and solve legendary Masonic Pyramid. The CIA are involved, and soon the action hots up. This book is (of course, as a Robert Langdon novel) filled with symbols, codes and puzzles, religious icons, lots of technology, chases and escapes, a seemingly invincible villain who is not what he seems, plot twists, apparently impossible resurrections and a virtual travelogue of Washington DC. There are some obvious flaws, and we are asked to believe that some characters will bizarrely put up with lengthy and unnecessary inconvenience. It is fiction, after all. But it is, nonetheless, exciting and fast moving. There are many facts about Washington and Masons and Ancient Mysteries. I couldn’t get the image of Tom Hanks out of my head for Robert Langdon, although he really doesn’t fit this description. I thought the climax was a bit anti-. Entertaining, all the same.

I was anticipating big things from this book as there had been a long wait for the new Dan Brown novel. Unfortunately this one didn't live up to the hype.

It is a retelling of the same tale - somewhat freaky villain who has taken a different name and is working to his own agenda, a real "secret society" that people are somewhat wary of and a riddle that the protagonist needs to solve. I approached the book with an open mind, however the similarities were too great to ignore.

Brown's decision to follow the same story with different characters may have worked if there had been some departure from "The DaVinci Code" storyline, but there wasn't. By about the 200th page, I was starting to lose interest and in some parts the story got to a point where it was highly unbelievable. Overall, not a great book.

Dan Brown is the bestselling author of Digital Fortress, Deception Point, Angels and Demons and The Da Vinci Code. He is a graduate of Amherst College and Phillips Exeter Academy, where he has taught English and creative writing. He lives in New England. Visit his UK website at www.danbrownofficial.co.uk. 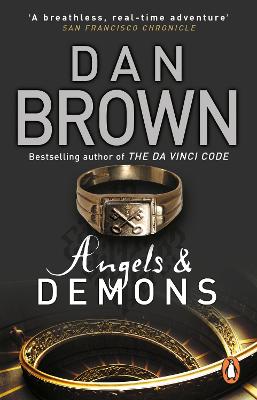 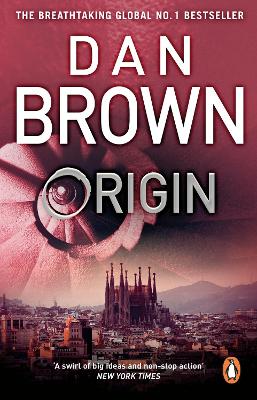