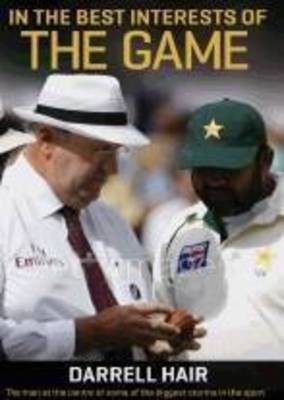 In the Best Interests of the Game

Description - In the Best Interests of the Game by Darrell Hair

The 2006 Test Match between England and Pakistan at the Oval is the focal point. Hair's observations and charges of ball tampering against Pakistan led to the visitors refusing to continue the game. What followed more befits a John Le Carre novel, as administrators went into almost unfathomable damage control that eventually forced Hair into a premature retirement. Unlike recollections of runs, wickets and anecdotes, this is a unique story that has the potential to leave an impact long after the current generation of umpires and players call 'time'. It's a story that some of cricket's most powerful decision makers and players may feel uncomfortable about.

Buy In the Best Interests of the Game by Darrell Hair from Australia's Online Independent Bookstore, Boomerang Books.

» Have you read this book? We'd like to know what you think about it - write a review about In the Best Interests of the Game book by Darrell Hair and you'll earn 50c in Boomerang Bucks loyalty dollars (you must be a Boomerang Books Account Holder - it's free to sign up and there are great benefits!)

Book Review: In the Best Interests of the Game by Darrell Hair - Reviewed by RossH (23 Sep 2011)

Cricket umpires are a strange breed. And it’s hard work. Just umpiring informally for an hour or so at a time when official umpires are not available can be hard enough, concentrating every single ball just for that period of time. Yet umpires at the first class level have to be ‘on’ for six or more hours in a day’s play. Blowed if I know how they do it.

A good umpire is barely noticeable if they are doing their job well, but should be more-than noticeable when needed to be. As an observer, I have always seen Darrell Hair in that light. He was courageous enough to first raise concerns about the bowling action of Muttiah Muralitharan back in the 1990s, later calling him for illegal bowling deliveries. In the wake of later testing of Murali’s action, the law-makers changed the rules to permit up to 15 degrees of movement in the elbow during delivery, a single degree more than the amount of movement adjudged to occur in Murali’s delivery of his ‘doosra’. Not that I have ever seen an umpire issued with any measuring equipment to ensure every delivery does not exceed that degree of movement. The concerns of Hair (and others) were obviously justified but simply later by-passed in what I thought was a pretty pathetic piece of fence-sitting by the authorities.

Hair covered the Muttiah Muralitharan episode in a previous hard-hitting book although it again receives a little coverage towards the end of this latest title. This title however covers the other major incident in Hair’s career- the refusal of the Pakistan team to return to the field in 2006 leaving Hair and his fellow umpire in the match, Billy Doctrove, little option under the rules than to award the match to Pakistan’s opponents, England. This refusal to return to the field was in protest at the umpires jointly agreeing that the ball being used by the Pakistani team had been tampered with and under the rules, awarded a five-run penalty to England.

The subsequent treatment of Hair by his employer in the wake of the ball-tampering affair, the International Cricket Council, was absolutely appalling. The ICC breached so many fundamentals of the employer-employee relationship, it simply isn’t funny. A subsequent tribunal appeal by Hair saw the ICC quite rightly being absolutely ridiculed for their behaviour and ridiculously contradictory evidence. I think it quite fortunate for them that Hair finally offered to settle outside of the tribunal, saving the ICC even greater embarrassment for their monumental cock-ups.

This book is every bit as courageous and uncompromising as Hair himself in his pursuit of what he believes to be right and ‘in the best interests of the game.’ 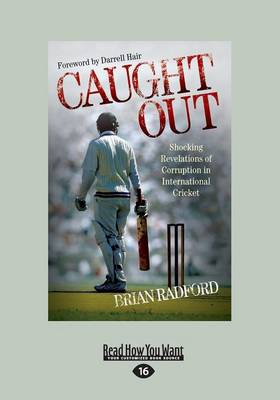