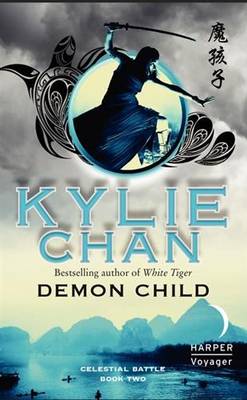 War with hell looms and the cruel demons could gain control of everything. Emma Donahoe has faced down threats to her loved ones and never given up the fight. But as the demons close in, she faces a new danger - John's love for her could lead to her complete annihilation. As battles rage for control of Heaven and Earth, she must fight her own war to retain her independence as her identity is absorbed into the man she loves. 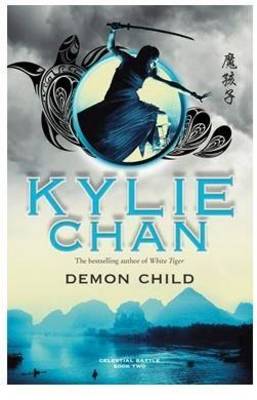 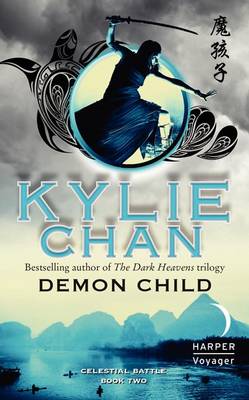 » Have you read this book? We'd like to know what you think about it - write a review about Demon Child book by Kylie Chan and you'll earn 50c in Boomerang Bucks loyalty dollars (you must be a Boomerang Books Account Holder - it's free to sign up and there are great benefits!)

Demon Child is the eighth novel by Australian author, Kylie Chan, and the second book in the Celestial Battle series. Continuing on from events in Dark Serpent, this instalment finds John and Emma preparing for the imminent battle for Hell. The Demon Kings, Eastern and Western, are using a variety of weapons including Russian tanks, insect and wood elementals, virtually indestructible giant armoured cockroaches and armoured demons, as well as incapacitating John using remote techniques. Meanwhile, the Earthly plane is being overrun by stealth, via mostly economic means. The Heavens are defended with large tennis racquets, Celestial blood, Celestial laser guns, a recycled shipping container, sentient stones, and even the Jade Emperor gets off his throne to assist. There are weddings, adoptions and raisings; Emma is shown a novel way of replenishing energy, looking and feeling younger. Interestingly, communication is via a mix of modern technology and celestial means. Although Emma’s kidnapping happens much too easily to be credible, and the mechanics of Simone’s rescue mission are glossed over, faithful readers will persist with the arbitrary rules of this fantasy series to see the final outcome. Action lovers will enjoy the battles between the demons and the forces of good, the description of which is, thankfully, not so wordy as to become boring. Also, thankfully, none occur in Hong Kong multi-storey car parks as that really was getting a bit tired. The novel is a straight narrative, mostly told in the first person by Emma, although occasionally in the third person from John’s point of view for events where Emma is not present. Chan states that it can be read as a stand-alone, but advises readers to start with the first book of the series and read them in order, and this is good advice, as there is virtually no recap on past events: a reader starting with this book would be at a distinct disadvantage. There are a few twists in the plot, and a cliff-hanger ending to lead into the (hopefully) final book of the series, Black Jade. Still a good read. 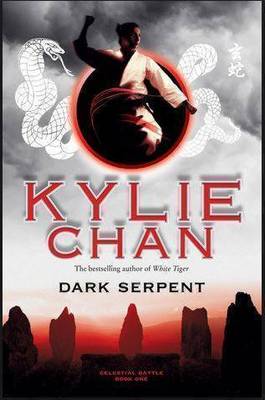