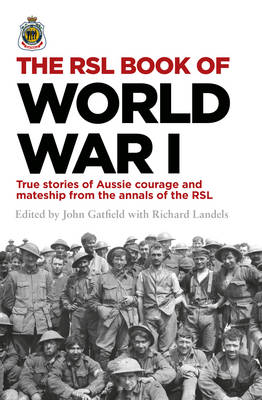 The RSL Book of World War I

Description - The RSL Book of World War I by John Gatfield

True stories of Aussie courage and mateship from the annals of the RSL.

Published to mark the centenary of the First World War and of the RSL in 2016, this is a collection of 100 true stories of Aussie courage from those who were in the action. These are intimate, eyewitness accounts across the breadth of Australia's war from Gallipoli to the Western Front, related with humour, pathos and vivid detail. For example:
The Gallipoli landing as related in a Diggers's letter home.
An engineer who was one of the first ashore at Gallipoli and who cut steps up the cliffs for those who followed.
General Monash on a mysterious meeting on an Anzac beach.
Major General Pompey Elliott's story of a crackshot sniper.
The curious case of the stolen cheese.
Firsthand accounts of HMAS Sydney's victory over the Emden and a battle between HMAS Sydney and a Zeppelin.
Charles Kingsford-Smith on meeting a German pilot after the war.
A Light Horse patrol daringly slipping through advancing Turkish troops to warn their mates of danger.
A sapper's account of the battle of Fromelles.
How the Melbourne Cup was run on the Western Front.
And there's so much more: daring rescues in 'no man's land' and desperate action in the trenches; stories from POWs, medicos, stretcher bearers and nurses; an account of the torpedoing of a ship repatriating wounded soldiers and one about the game of two-up and how it maintained morale among frontline soldiers - you'll even find out why Diggers wore women's underwear on the Western Front. 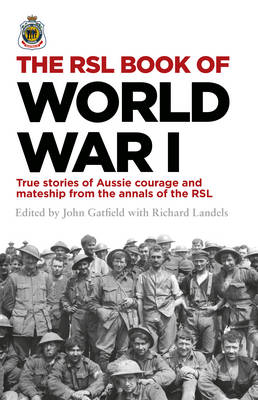 » Have you read this book? We'd like to know what you think about it - write a review about RSL Book of World War I book by John Gatfield and you'll earn 50c in Boomerang Bucks loyalty dollars (you must be a Boomerang Books Account Holder - it's free to sign up and there are great benefits!) 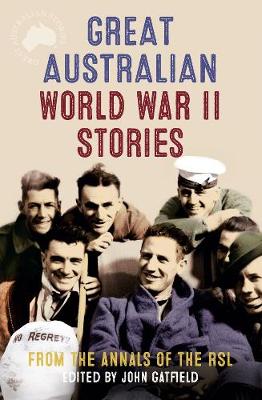 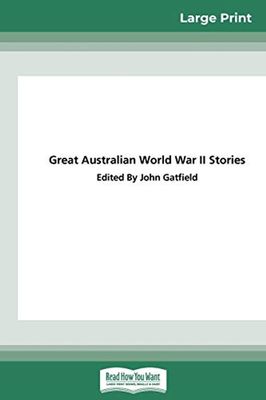