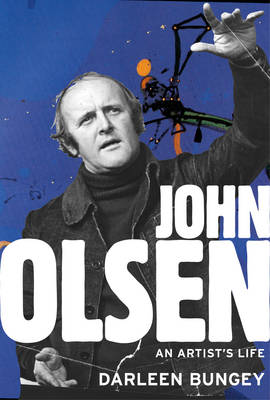 This landmark biography by Darleen Bungey, the author of the celebrated biography of Arthur Boyd, graphically depicts the forces that drove John Olsen to become one of the country's greatest artists. An exhilarating book, both trenchant and tender, it strips away the veneer of showmanship and fame to show the substance of a painter driven by a need to depict his country's landscape as Australians had never seen it before.

Given access to his uncensored diaries and drawing on years of extensive interviews with both Olsen and those who have known him best, she explores his passionate life and follows his navigation though the friendships, rivalries and politics of the Australian art world. How did a shy, stuttering boy from Newcastle, neglected by his alcoholic father, come to paint the great mural Salute to Five Bells at the Sydney Opera House?

This biography follows that journey - through Olsen's early experiences in the bush, particularly a formative period at Yass (a time previously unrecorded), to years of cleaning jobs to pay his way through art school, to a milestone time spent in France and Spain - and traces his constant travels and relocations within Australia, including his epic journeys into the outback and to Kati thanda-Lake Eyre.

From a child who was never taken to an art gallery, who learnt how to draw from comics, we come to see the famous artist in the black beret, the writer and poet, the engaging public speaker, the bon vivant - whose life has been defined by an absolute need to paint.

» Have you read this book? We'd like to know what you think about it - write a review about John Olsen book by Darleen Bungey and you'll earn 50c in Boomerang Bucks loyalty dollars (you must be a Boomerang Books Account Holder - it's free to sign up and there are great benefits!)

Originally a copywriter in Australian, American and UK advertising, Darleen Bungey worked as an associate editor and freelance journalist for a number of prestigious British-based magazines while she raised a family in London. In 1999 she began researching and writing a biography of Arthur Boyd, both for publication and as a doctorate. Awards Winner - Melbourne University Publishing Award, for the 2007 National Literary Awards. Winner - Biography of the Year 2008 (Australian Book Industry Awards) Shortlisted in the Queensland Premier's Literary Awards 2008 (Non-fiction Category) Shortlisted in the Dobbi

A Preview for this title is currently not available.
More Books By Darleen Bungey
View All 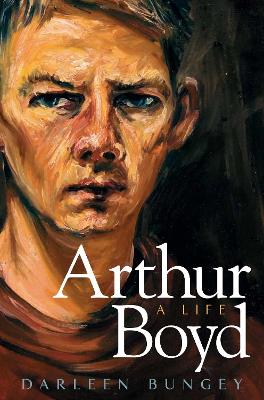