Child murder- A social taboo and one of the most abhorrent acts most of us can imagine.
Meet the women found guilty of murdering their own children. They represent some of the most hated women in Australia. The infamous list includes psychologically damaged, sometimes deranged, women on the edge. But, as we will see, accused doesn't always mean guilty.

Among the cases covered is that of Kathleen Folbigg, accused and found guilty of killing four of her children, even with a lack of any forensic evidence proving her guilt; Rachel Pfitzner, who strangled her 2-year-old son and dumped his body in a duck pond; as well as Keli Lane, found guilty of child murder though no body has ever been found.

Dr Mallett goes back to the beginning of each case; death's ground zero. That might be the accused's childhood, were they abused? Or was their motivation greed, or fear of losing a partner? Were they just simply evil? Or did the media paint them as such, against the evidence and leading to a travesty of justice.

Each case will be re-opened, the alternative suspects assessed, the possible motives reviewed. Informed by her background as a forensic scientist, Xanthe will offer insight into aspects of the cases that may not have been explored previously. Taking you on her journey through the facts, and reaching her own conclusion as to whether she believes the evidence points to the women's guilt.
Hear their stories.

» Have you read this book? We'd like to know what you think about it - write a review about Mothers Who Murder book by Xanthe Mallett and you'll earn 50c in Boomerang Bucks loyalty dollars (you must be a Boomerang Books Account Holder - it's free to sign up and there are great benefits!)

Xanthe Mallett is a lecturer in Forensic Anthropology, specialising in human identification at the University of New England. Xanthe s most recent research has been in forensic digital identification using surface features on the hands (scars, moles, vein patterns) as potential identifiers to assist with the investigation of cases relating to child abuse and internet crime. Xanthe is passionate about her subject and about bringing science to a lay audience through the use of visual media. She wants to inspire and excite others about science, to encourage people into science at school and inspire children to become career scientists. In 2010 Xanthe made History Cold Case, BBC2, with a team from the Centre for Anatomy and Human Identification at the University of Dundee. History Cold Case saw skeletons of everyday people from across the ages analysed in staggering detail, opening new windows on the history of our forebears. A second series was broadcast in June 2011. She has also taken part in several interviews for BBC News using her forensic identification skills, and has appeared on breakfast shows in the UK. Now based in Australia, Xanthe will ap 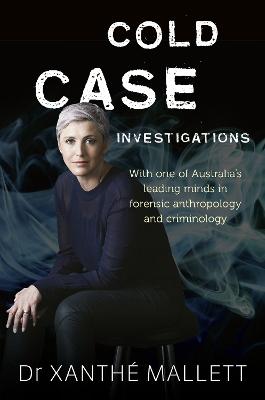 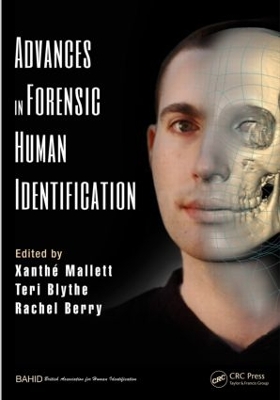