Description - The Fall by Amy Dale

How Simon Gittany murdered Lisa HarnumA terrified woman runs for the door, her final effort to escape a cruel and controlling fiance. She is too late. A secret camera captures him covering her mouth to suppress her screams as he drags her back inside.69 seconds later Lisa Harnum is dead. But Simon Gittany insists he has done nothing wrong- he claims his beautiful partner died for a secret she feared would be exposed.The grainy final image of Lisa alive would later horrify a nation, a chilling reminder that the greatest harm can come to us from the hands of those we love. It was also the first hint police had that all was not what it seemed with the outwardly charismatic Gittany. What was Lisa?s secret? Did the bubbly Canadian hide a past she would die to protect? How far did Gittany, a man with a criminal past, go to watch her every move and conversation?Police sensed a ruse the man who installed cameras in every room in his luxury apartment was trying to lead them off track with tales of his troubled lover?s final days. Their suspicions are further confirmed when it emerges his well-kept recording devices had been switched off only hours before Lisa died. With only two witnesses to that final minute, one who can no longer speak, detectives question if they could ever prove a charge of murder.A week later, a grieving, distraught mother in Toronto answers the phone. A man who looked up 15 storeys into the city skyline has come forward. And what he?s seen changes everything.The Fall goes behind the headlines of the country?s most captivating court case to bring the story of how Lisa fell in love and grew to fear her fiance. It reveals that while Lisa couldn?t escape the danger of Simon Gittany she left behind clues to help catch a killer from beyond the grave.

Other Editions - The Fall by Amy Dale 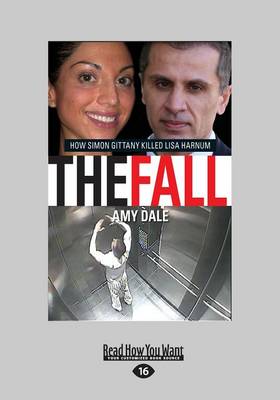 » Have you read this book? We'd like to know what you think about it - write a review about Fall book by Amy Dale and you'll earn 50c in Boomerang Bucks loyalty dollars (you must be a Boomerang Books Account Holder - it's free to sign up and there are great benefits!)