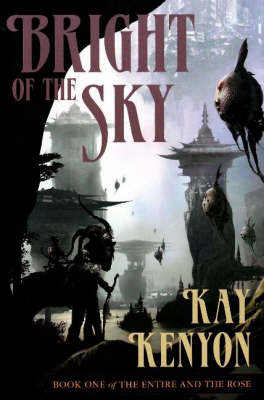 Bright of the Sky

Entire and the Rose Bk. 1

Description - Bright of the Sky by Kay Kenyon

Kay Kenyon, noted for her science fiction world-building, has in this new series created her most vivid and compelling society, the Universe Entire. In a land-locked galaxy that tunnels through our own, the Entire is a bizarre and seductive mix of long-lived quasi-human and alien beings gathered under a sky of fire, called the bright. A land of wonders, the Entire is sustained by monumental storm walls and an exotic, never-ending river. Over all, the elegant and cruel Tarig rule supreme. Into this rich milieu is thrust Titus Quinn, former star pilot, bereft of his beloved wife and daughter who are assumed dead by everyone on earth except Quinn.Believing them trapped in a parallel universe - one where he himself may have been imprisoned - he returns to the Entire without resources, language, or his memories of that former life. He is assisted by Anzi, a woman of the Chalin people, a Chinese culture copied from our own universe and transformed by the kingdom of the bright. Learning of his daughter's dreadful slavery, Quinn swears to free her. To do so, he must cross the unimaginable distances of the Entire in disguise, for the Tarig are lying in wait for him.As Quinn's memories return, he discovers why.
Quinn's goal is to penetrate the exotic culture of the Entire - to the heart of Tarig power, the fabulous city of the Ascendancy, to steal the key to his family's redemption. But will his daughter and wife welcome rescue? Ten years of brutality have forced compromises on everyone. What Quinn will learn to his dismay is what his own choices were, long ago, in the Universe Entire. He will also discover why a fearful multiverse destiny is converging on him and what he must sacrifice to oppose the coming storm. This is high-concept science fiction written on the scale of Philip Jose Farmer's "Riverworld", Roger Zelazny's "Amber Chronicles", and Dan Dimmons' "Hyperion".

Book Reviews - Bright of the Sky by Kay Kenyon

» Have you read this book? We'd like to know what you think about it - write a review about Bright of the Sky book by Kay Kenyon and you'll earn 50c in Boomerang Bucks loyalty dollars (you must be a Boomerang Books Account Holder - it's free to sign up and there are great benefits!)

Kay Kenyon, nominated for the Philip K. Dick and the John W. Campbell awards, began her writing career (in Duluth, Minnesota) as a copywriter for radio and TV. She kept up her interest in writing through careers in marketing and urban planning, and published her first novel, The Seeds of Time, in 1997. She is the author of eight sf/f novels including Bright of the Sky and A World Too Near. Recent short stories appeared in Fast Forward 2 and the Solaris Book of New Science Fiction, Vol. Two. Her work has been translated into French, Russian, and Czech. When not writing, she encourages newcomers to the field through workshops, a writing e-newsletter, and a conference in eastern Washington State, Write on the River, of which she is president. She lives in Wenatchee, WA with her husband. Visit her online at www.kaykenyon.com. 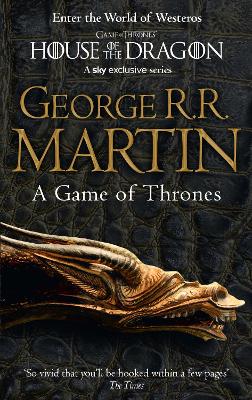 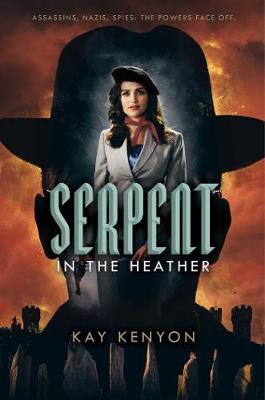 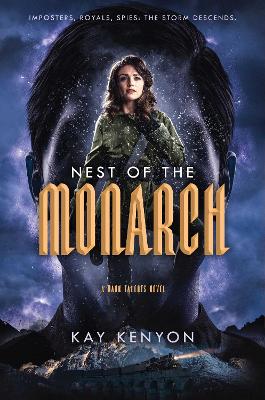 A World Too Near: Bk. 2: Entire and the Rose
Hardback, March 2008
View All Books By Author Kay Kenyon