In November 1918, as World War One was coming to a close and soldiers were returning home, a small group of Australian men signed up for more fighting. Yet this time, the enemy was Russian Bolsheviks instead of Germans, and the front line was the wild and frozen wastelands of far north Russia. With humour and an eye for irony, Michael Challinger tells the story of how this group of 150 Aussies was seconded to help to protect the British from a rear guard attack from northern Russia. Stationed in the small town of Arkhangel, the soldiers became embroiled in what was to become the Russian revolution, as they battled not only the Bolsheviks but also extreme cold, hostility from locals and a 25-kilometre front line. Two of these Australians soldiers went on to win Victoria Crosses and are perhaps our most neglected war heroes. Anzacs in Arkhangel brings Russian history into focus and reveals how easily the First World War could have been lost. It is a fascinating account of part of the Anzac legend that is not so much forgotten as never known. 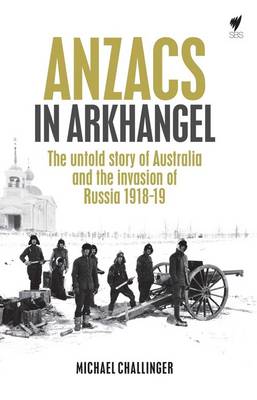 » Have you read this book? We'd like to know what you think about it - write a review about Anzacs In Arkhangel book by Michael Challinger and you'll earn 50c in Boomerang Bucks loyalty dollars (you must be a Boomerang Books Account Holder - it's free to sign up and there are great benefits!)

I was quite interested in this book when it first appeared on bookshelves and have ripped into it after obtaining my copy via Boomerang.

The author states from the outset that this is the story of the Australians who took part in this venture rather than a history of the campaign as such. Challinger sticks to that although there is plenty of information in there to give an overal view of what was happening.

This is a story in two parts - first that of the initial force despatched in secret, nominally to seize control of military stores and keep them from falling into German hands, particularly after a miscaluation by the Russians (and especially by Trotsky) in their peace treaty talks with Germany, resulted in the Russian government under Lenin giving up large tracts of territory to Germany. The second part of the story is that of a second, larger force sent to withdraw the now-stranded mission in northern Russia.

Challinger clearly paints a picture of a mission that was a confused mess from the outset. Many of the participating troops in the different forces supplied to the mission, were inexperienced, poorly supplied and poorly led. There are some remarkable parallels to more modern history such as involvements in Vietnam, Iraq and Afganistan where there are conflicting reasons for why the combatants are there and what they are trying to achieve. Various forces were sent to Northern Russion on the understanding that they would not be combative forces, such as the 5,000 Americans sent as part of the original mission, only to have the British General in charge blithely ignore that restruction.

With the ending of WW1 and apparent failure of that original mission to Northern Russia, it was determined to send a second force to relieve and remove the first. However a certain, Bolshevik-hating British politician, one Winston Churchill, decided to reinterpret the instructions of the British cabinet and sought to turn this into a full-scale combat against the Bolsheviks in what was always going to be a doomed campaign. Where have Australians' come up against a similar pig-headed, poor decision by Churchill, I wonder? Fortunatley for the Australian combatants, this venture did not turn into quite the same disaster as Gallipoli.

I have to admit to being less-than informed of the situation in post-revolution Russia, and the extent of the civil war that resulted was interesting reading. Challinger also clearly depicts the immediate pre-Revolution scenario of dissatisfaction among the Russian populace and the poor conduct of the Russian involvement in War World 1. There is little wonder that people, including the soldiers, revolted. Even before the peace treaty with Germany, there were mass desertions from the Eastern front by Russian soldiers.

My only real criticism of this book is that it seems to bypass most of the actual combat. For example, a reader could be forgiven for getting the impression that the original force did not engage in combat as so little is said about it. However a crucial passage does comment that there were skirmishes and massacres. Unfortunately this is not greatly elaborated on, which left me a little dissatisfied.

That criticisim not withstanding, I found this an interesting account which painted a clear picture of a poorly considered and enacted venture that for some reasons, governments seemed to continue to fall folly to.

In November 1918, as World War I was coming to a close, a group of Australian men signed up for more fighting. This time, the enemy was Russian Bolsheviks. Challinger tells the story of how this group of 150 Aussies was seconded to help to protect the British from a rearguard attack and became embroiled in what was to become the Russian revolution. 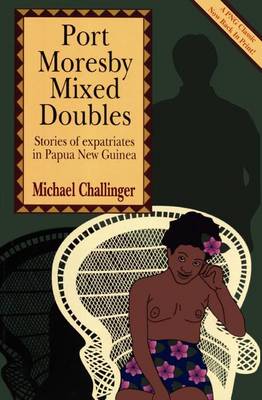 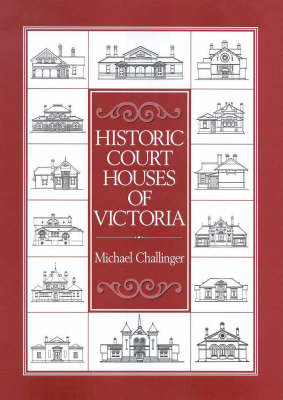