On 25 April 1915, Allied forces landed on the Gallipoli Peninsula in present-day Turkey to secure the sea route between Britain and France in the west and Russia in the east. After eight months of terrible fighting, they would fail. Peter tells this iconic tale in GALLIPOLI. History comes to life with Peter FitzSimons.

Turkey regards the victory to this day as a defining moment in its history, a heroic last stand in the defence of the nation's Ottoman Empire. But, counter-intuitively, it would signify something perhaps even greater for the defeated Australians and New Zealanders involved- the birth of their countries' sense of nationhood.

Now approaching its centenary, the Gallipoli campaign, commemorated each year on Anzac Day, reverberates with importance as the origin and symbol of Australian and New Zealand identity. As such, the facts of the battle - which was minor against the scale of the First World War and cost less than a sixth of the Australian deaths on the Western Front - are often forgotten or obscured. Peter FitzSimons, with his trademark vibrancy and expert melding of writing and research, recreates the disaster as experienced by those who endured it or perished in the attempt.

Other Editions - Gallipoli by Peter FitzSimons 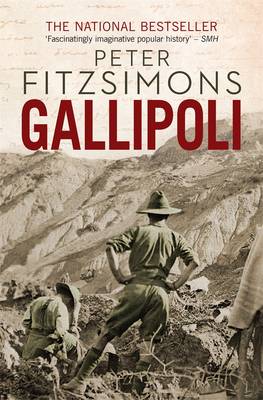 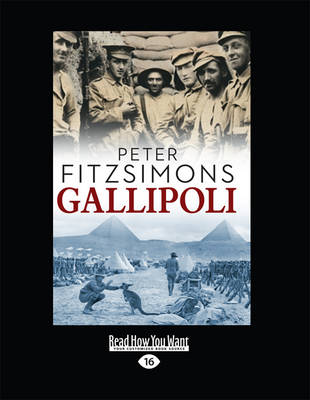 » Have you read this book? We'd like to know what you think about it - write a review about Gallipoli book by Peter FitzSimons and you'll earn 50c in Boomerang Bucks loyalty dollars (you must be a Boomerang Books Account Holder - it's free to sign up and there are great benefits!)

Mutiny on the Bounty: A saga of sex, sedition, mayhem and mutiny, and survival against extraordinary odds
$29.75 $35.00