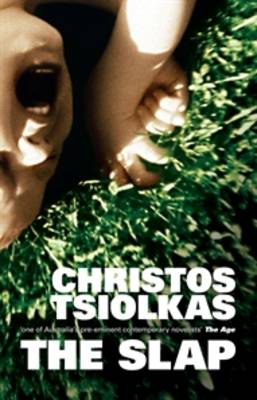 At a suburban barbecue, a man slaps a child who is not his own.

This event has a shocking ricochet effect on a group of people, mostly friends, who are directly or indirectly influenced by the event.

In this remarkable novel, Christos Tsiolkas turns his unflinching and all-seeing eye onto that which connects us all: the modern family and domestic life in the twenty-first century. The Slap is told from the points of view of eight people who were present at the barbecue. The slap and its consequences force them all to question their own families and the way they live, their expectations, beliefs and desires.

What unfolds is a powerful, haunting novel about love, sex and marriage, parenting and children, and the fury and intensity - all the passions and conflicting beliefs - that family can arouse. In its clear-eyed and forensic dissection of the ever-growing middle class and its aspirations and fears, The Slap is also a poignant, provocative novel about the nature of loyalty and happiness, compromise and truth. 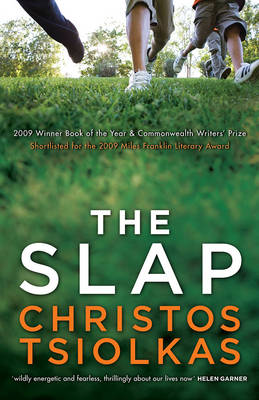 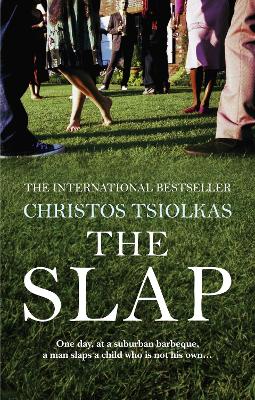 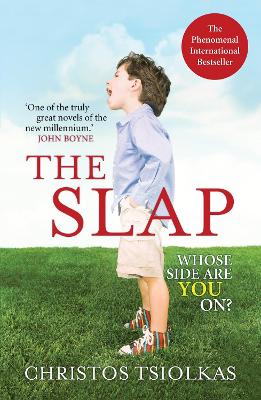 Considering the media attention this book received I was looking forward to reading The Slap and I really wanted to love it. However, it left me feeling “did I miss something”. The notion that the slap changed all the characters lives was an overstatement. From my perspective all the characters were completely self absorbed and had no real concern about the slap and all the issues it raised. Each character had their own story which was interesting, it brought forward the miserable lives people lead motivated by forbidden desire despite portraying a perfect existence. I thought it was a sad book about depressing characters. On the plus side it touched on a number of issues, such homosexuality, infidelity, racism, etc which could have been thrust out further to give the characters substance. I loved the concept but felt it failed to deliver.

When this book was released and went on to win a swag of awards, opinion seemed fairly divided as to whether it was one of 'the' contemporary novels, ripping back the curtain of propriety that shields life in the suburbs, or if it was little more than an over-the-top melodrama that attempted to cram in every dilemma faced in these most modern of times.

Unfortunately, I am inlined to agree with the latter. While the premise is strong, the writing good, every single character is unbelievably unlikeable - arrogant, self-obsessed, violent or just plain weak - and as a result, it is difficult to care about their respective plights. The book also attempts to deal with far too much - everything from child and domestic abuse to racism, infidelity, homosexuality and the plight of teenagers in a rapidly changing world. If so many issues can be experienced by such a small group of people, it makes one wonder what really does go on behind closed doors.

Then again, perhaps this was Tsiolkas' intention and he may indeed have crafted a work of significance in that he is has forcefully presented a supposed microcosm of Australian society, and for the fact he is able to engender such reactions in his audience. For my part, it was all too contrived and artificial to offer any real insights on how we live.

I think this book is a true testament to how good Tsiolkas's writing is. I was at best indifferent to, and at worst intensely disliked, every single character in this book, however I was engaged throughout, and really wanted to know how the book would end. The people were a fairly horrible bunch, where even the children had few redeeming traits, but the story was a good one. The Slap raises some interesting questions, not least of which whether it is acceptable to slap another person's child. It also deals with deceit, racism, sexism, adultery, homosexuality and a whole host of other 'controversial' issues. While you may think that it's a no-brainer - you shouldn't slap someone else's child - Tsiolkas really makes you think about it. He paints the situation and the characters in such a way that you really aren't sure what you think is right anymore. I found this to be a really engaging story, and an excellent choice for a book club - there is LOTS to discuss about this one!

Christos Tsiolkas is the author of four novels: Loaded, which was made into the feature film Head-On, The Jesus Man and Dead Europe, which won the 2006 Age Fiction Prize and the 2006 Melbourne Best Writing Award. He won Overall Best Book the Commonwealth Writers' Prize 2009, was shortlisted for the 2009 Miles Franklin Literary Award and won the Australian Literary Society Gold Medal for his latest novel, The Slap. He is also a playwright, essayist and screen writer. He lives in Melbourne. 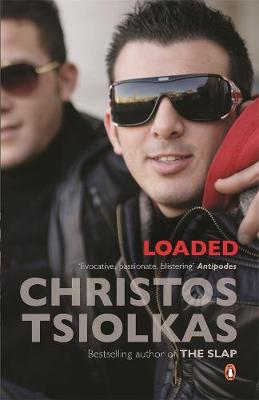 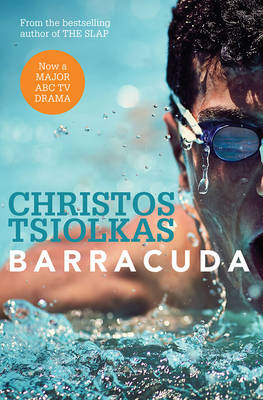