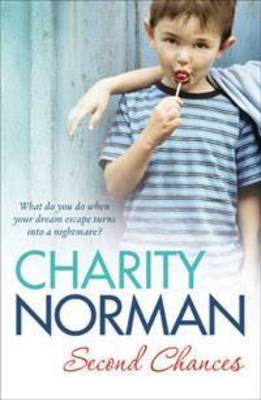 In the quiet of a winter's night, the rescue helicopter is sent to airlift a five-year-old boy with severe internal injuries. He's fallen from the upstairs verandah of an isolated farmhouse, and may not last the next few hours.

At first, Finn's fall looks like a horrible accident; after all, he's prone to sleepwalking. Only his frantic mother, Martha McNamara, knows how it really happened. And she isn't telling. Not yet. Maybe not ever.

Martha only wants the best for her family. That's why she moved heaven and earth to move them to the other side of the world, to start their lives afresh. And now she's faced with decisions she never dreamed she'd have to make, decisions with potentially devastating consequences. She's torn between her loyalty to her family and her need to protect them.

What do you do when your dream escape turns into a nightmare - and is there ever a way back?

Gripping, emotional and intelligent, this is a book you won't be able to put down.

Praise for Freeing Grace: 'An absorbing examination of fraught family dynamics and complex social issues.will appeal to devotees of Joanna Trollope and Jodi Picoult. Charity Norman has put down the clearest of markers that she is hot on their heels.' Daily Mail

» Have you read this book? We'd like to know what you think about it - write a review about Second Chances book by Charity Norman and you'll earn 50c in Boomerang Bucks loyalty dollars (you must be a Boomerang Books Account Holder - it's free to sign up and there are great benefits!)

Finn is Martha’s five-year-old son and she sees him fall from the balcony of their home. But there is more to this terrible event than Martha is willing to tell us or anyone else when she begins her story.

Martha and her husband Kit have emigrated from England to New Zealand and have settled into their new home in what seems to be an idyllic, rural part of Hawkes Bay. Back in England, Kit’s advertising agency had foundered because of the economic downturn, and he had become depressed and increasingly reliant on alcohol. Martha’s salary as an Occupational Therapist was not enough to cover the family’s expenses, and the marriage was suffering under all the strain. Change was inevitable. Trawling the Internet one day, Martha discovered that she could easily find work in New Zealand in an area where the family could have a dream house, mortgage free and in their price range. So, Martha accepts a job and Kit agrees to shun alcohol and concentrate on painting, a passion and a talent which he has never had time to develop. It all seems like the perfect way to start again.

Charity Norman knows from her own experience the emotional turmoil of migration. She writes movingly of the excitement and of the sadness of uprooting yourself from home, family, friends, work, and all that is familiar, to move to a new country at the other end of the world. And she describes Martha’s feelings well, as the family begin to explore their new country and learn its ways. She writes bautifully, too, of the New Zealand countryside and its unique culture.

For a time everything seems to go exceptionally well. Finn and his twin brother, Charlie, who are delightful characters, take to New Zealand life immediately. Kit does, too, and he begins to have some success as an artist. Martha settles into her new job and learns how to deal with her new colleagues. Only teenage Sacha, who didn’t want to move in the first place, has difficulty adapting to her new life, new school and new friends. Sacha is not Kit’s daughter and Martha has always claimed that after a one-night-stand her real father disappeared and was never heard of again. Kit and Sacha are good friends but Sacha was just beginning to want to find out more about her birth father when they left England. Eventually, however, Sacha seems to settle in and begin to enjoy New Zealand life.

Finn’s fall from the balcony, however, throws Martha into crisis. She has secrets, more than one, which could destroy her family and, as she sits by Finn’s bed in intensive care, not knowing if he will survive or, if he does, how damaged he might be, she slowly reveals events of past and present.

This is a compelling book and Charity Norman creates some very real characters and draws you into their lives so that you become emotionally involved with them. The plight of Finn is a thread which runs through Martha’s story and her memories of earlier events and creates constant tension. But there are other, equally serious, issues which threaten the family and which must be resolved. All this is balanced by the strong loving bonds which hold this family together, the beauty and freedom of the environment, and the support of neighbours and sense of community which ultimately convince Martha that this is where they belong.

Norman handles the suspense, the anxieties and the joys fluently and, whilst keeping you absorbed by the family, she deals intelligently with serious social and family issues. Not least, she explores the power of dreams to entice, delight, confuse and disappoint but, ultimately, to have the power to change the lives of those who are brave enough and resilient enough to follow them.

Second Chances is a moving, heartbreaking story of family tragedy. Martha has moved her family from London to New Zealand in a bid to start fresh after her husbands business collapsed. Her four year old twins, Finn and Charlie are delighted with their new home, Kit has stopped drinking and is painting again, only 16 year old Sacha is having trouble settling in. Desperate to believe that she has made the right decision for her family, Martha ignores the signs of her daughters discontent until one tragic night threatens to destroy them all.

Set in and around Hawkes Bay, a small town in New Zealand, where the author herself in fact lives, Second Chances opens as Martha sits anxiously at the bedside of her critically injured son, Finn, who has been rushed to hospital after a fall from the balcony of their home. From there, the novel alternates between the past, building to the events immediately preceding Finn's injuries, and the present, delving into the lives of the McNamara family. Narrated in the first person by Martha, wife to Kit (Christopher), mother to twin boys, Finn and Charlie, and teen daughter Sacha, Second Chances examines a family whose new life in paradise becomes a nightmare. I don't want to inadvertently give too much away, as the suspense in the story relies on the slow unfurling of past and present. It is enough, perhaps, to suggest that Martha is a women keeping many secrets, and those secrets threaten to tear her family apart. The characters in Second Chances are realistic, flawed yet in ordinary ways and sympathetic as a result. Martha and Kit's relationship has its ups and downs but there is love and commitment at its core. They are both loving parents though Martha tends to be more overprotective, especially where Sacha is concerned. Sacha is Martha's daughter but not Kit's, she has never known her biological father and Martha claims her pregnancy was the result of a one night stand with a man she never saw again. I thought Norman rendered the complex dynamics of the family skillfully and I believed in their reactions and motivations. Second Chances also explores important social issues such as unemployment, relocation, mental health and substance abuse and the author provides insight into their effects on an ordinary family. The novel challenges the smug mantra often espoused by the middle class 'this couldn't happen to me or mine'.

A compelling story, Second Chances is an emotional and thought provoking read. This is a book that I'd particularly recommend to parents of young adults but I believe it will appeal to any reader who enjoys fiction that examines a family in crisis.

Charity Norman was born in Uganda and brought up in successive draughty vicarages in Yorkshire and Birmingham. After several years' travel she became a barrister, specialising in crime and family law in the northeast of England. Also a mediator, she is passionate about the power of communication to slice through the knots. In 2002, realising that her three children had barely met her, she took a break from the law and moved with her family to New Zealand. Her first novel, Freeing Grace, was published by Allen & Unwin in 2010. 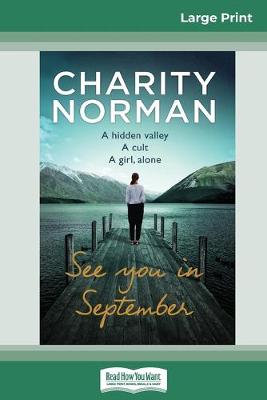