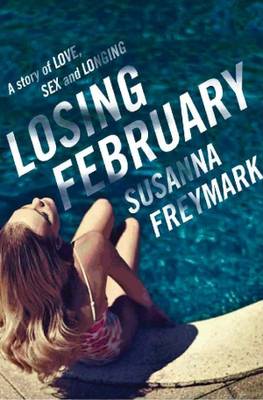 Bernie, a divorced mother of three, lives on a hilltop in Byron Bay. She works part-time for the local paper. Bernie has an amicable relationship with her ex-husband and strong female friendships. While writing her first novel, she gets in contact with an old friend from university. Jack is married, has two children, and has never forgotten Bernie. A tortuous, intimate, passionate - yet frustratingly sexless - affair follows, fuelled by hundreds of confessional text messages and emails. When Jack ends the relationship, Bernie is so emotionally lost she seeks solace, via the internet, in a string of increasingly dangerous and twisted sexual encounters. Losing February describes, in sometimes disturbingly graphic detail, what happens when a strong, energetic, capable woman in her early 40s loses her sense of self and mistakes punishment for grief.

» Have you read this book? We'd like to know what you think about it - write a review about Losing February book by Susanna Freymark and you'll earn 50c in Boomerang Bucks loyalty dollars (you must be a Boomerang Books Account Holder - it's free to sign up and there are great benefits!)

Susanna Freymark works full time as a journalist and education editor for News NSW. She holds a Master of Arts in creative writing from UTS and is a qualified teacher. She spent two years teaching in a remote Aboriginal community in South Australia and lived in London for fifteen years where she owned a bookshop. Susanna's short stories have been published in the UTS Anthology and numerous other publications. She lives in Sydney, is married and has three children.