Before Black Caviar, So You Think or Takeover Target, There Was Shannon. Wartime Sydney, a small and weedy racehorse was kicking his way through the top tier of Australian racing. He was Shannon, one of the fastest horses the nation had ever seen. Between 1943 and 1947, Shannon broke record after record with his garrulous jockey Darby Munro. When they sensationally lost the Epsom Handicap by six inches, they forever were stamped by the race they should have won. Sold in August 1947 for the highest price ever paid at auction for an Australian thoroughbred, Shannon ended up in America. Through headline-snatching pedigree flaws, acclimatization and countless hardships, he blitzed across the ritzy, glitzy racetracks of 1948 California. Smashing track records, world records, records set by Seabiscuit, the Australian bolted into world fame with speed and courage that defied all odds. Long before Black Caviar, or So You Think and Takeover Target, Shannon was Australia s first international racehorse. Starring Hall of Fame trainers and jockeys, Hollywood lawyers and legends Bernborough and Citation, this is his tremendous story.

Other Editions - Shannon by Jessica Owers 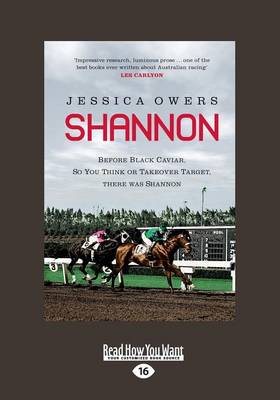 » Have you read this book? We'd like to know what you think about it - write a review about Shannon book by Jessica Owers and you'll earn 50c in Boomerang Bucks loyalty dollars (you must be a Boomerang Books Account Holder - it's free to sign up and there are great benefits!)

Jessica Owers is the author of the heralded Peter Pan- The Forgotten Story of Phar Lap s Successor, winner ofthe 2012 Bill Whittaker Award for Best Racing Book in Australia. Her writing has appeared in Inside Breeding, The Thoroughbred, Breeding & Racing and Outback magazines, along with numerous other racing books and publications. She holds a combined honours degree from the University of Stirling, and has worked as a sub-editor in publishing and a riding instructor. She lives in Sydney s eastern beaches with her husband, restaurateur Maurizio Lombardo. 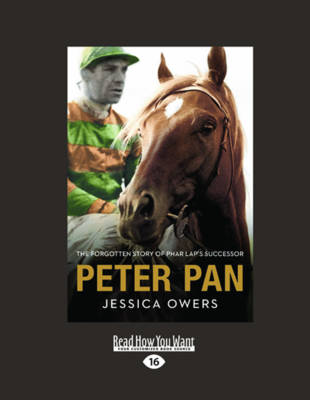