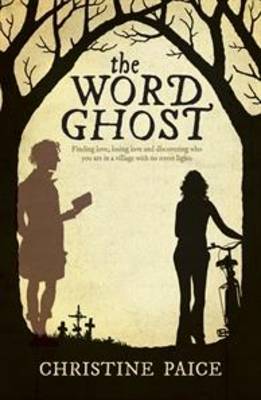 This is England 1973, and fifteen-year-old Rebecca Budde is in love with Dave. After one glorious summer, Rebecca is forced to move with her family to Brightley, a village with a puddle for a pond, and no excitement at all. If only Dave were there.

Very weird things are going on inside their new house, and even stranger things are happening in the village at night. Someone appears to be living in Rebecca's wardrobe. Someone else is on the balcony, trying to get in. Things don't make sense anymore as Algernon Keats steps from the shadows, his sister not far behind him. There's no Dave, two ghosts, a pub, a dog and Alex March, a dark and brooding artist, living in the Manor House down the road, whose interest in Rebecca is both puzzling and thrilling.

What do Alex and Algernon want from Rebecca? What on earth does any of it mean? Is it possible to love a ghost? And what happens if he loves you back? The lights are out. Welcome to Brightley.

Rebecca thinks love is forever, but sometimes it's not. And nor, sometimes, is death. The Word Ghost is a funny, moving story about what it means to find love, lose love and discover who you are when you live in a village with no street lights and a decidedly dark side.

» Have you read this book? We'd like to know what you think about it - write a review about Word Ghost book by Christine Paice and you'll earn 50c in Boomerang Bucks loyalty dollars (you must be a Boomerang Books Account Holder - it's free to sign up and there are great benefits!)

The Word Ghost is written in the first person as told by Rebecca. She is assumed to be a normal teenage girl with an infatuation for Dave, a local boy she sees on her way to school each day. When Dave returns her affection she is living her dream. To me Rebecca is far from normal. Unlike most 16 year olds she has a very deep perception of the world around her. Her best friend is 'Jayne Eyre' a character from a book and she talks to her all the time. Maybe Rebecca had a case of middle child syndrome. She always talks about her older sister Maggie as beautiful and a shining light. Her younger sister Emily was happy and excitable always talking about pop stars and acting like a normal teenager. Rebecca was more introverted, a thinker, tending to immerse herself in books. She describes herself as a great romantic, consumed with finding love. I think after the move when she lost Dave she found Algernon. He couldn’t be taken away from her. He was hers alone. Augusta to me was Rebecca’s dark side. I honestly didn’t like Alex March. He really gave me the creeps and I wanted bad things to happen to him. I despised the way he took advantage of a young girl who was trying to find her way in life and love.

The prose is very poetical and if you like poetry and hidden meaning this novel will appeal. I was disappointed at the ending, it was a little flat and I was hoping for something a little more dramatic. Even though I found Rebecca a little weird I really enjoyed this book. 3.5-4 stars from me.

Christine Paice is a poet, and writer. She has published two collections of poetry: Mad Oaks and Staring At The Aral Sea. Her children's book, The Great Rock Whale, was published by Hachette Australia in 2009. Christine's work has been published four times in the Black Inc Best Australian Poems series and she won the prestigious Josephine Ulrick Award for poetry in 2009. In 2010 Christine became the University of Wollongong's inaugural Janet Cosh Poet, resulting in the work Collecting the Collector. Christine facilitates creative writing and poetry workshops, and also works as a creative writing mentor. She lives with her family in Willow Vale, New South Wales. 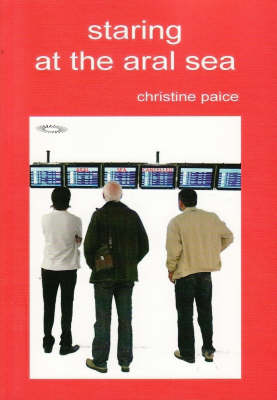 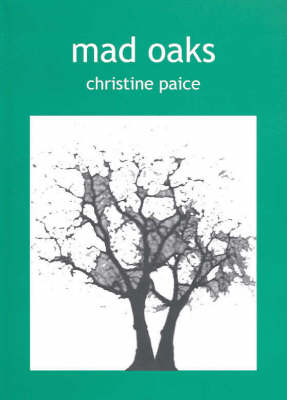