'Nina Dall is as singular and mercurial a character as I've ever been charmed and terrified to meet.' TIM ROGERS

Nina Dall has seen it all by her twenty-first birthday, including her own meteoric rise to fame and its inevitable aftermath. She created teen band The Dolls to escape suburban hell. Now she needs to prove she's not a one-hit wonder and convince veteran producer John Villiers to be her own personal svengali. But he's got his own problems.

Rose Dall craves adoration, and through The Dolls, she gets it. But with the band's every move coming under media scrutiny and cousin Nina going off the rails, she's pushed to breaking point. Can The Dolls survive each other?

Alannah Dall had a pop career in the 1980s before disappearing from public view. She's resurfaced to steer her nieces away from the same scandals, but with her own comeback on the cards, The Dolls start to become a threat.

A mesmerising ride into the heart of love, fame and rock'n'roll. You have to risk everything to get to the top-and even more to stay there. But how do you get back what's been lost along the way? Cherry Bomb is a brilliant debut novel that will grab you tight and never let you go.

» Have you read this book? We'd like to know what you think about it - write a review about Cherry Bomb book by Jenny Valentish and you'll earn 50c in Boomerang Bucks loyalty dollars (you must be a Boomerang Books Account Holder - it's free to sign up and there are great benefits!)

As Nina and Rose try to market their Punk Rock duo, The Dolls, they are mentored by their once famous Aunt, Allanah Dall. A behind the scenes look at an aspiring girl band. The highs, the lows, the drugs, the alcohol and the abuse of fame.

This is a very confronting read as we find out why Nina thinks, feels and acts the way she does. It seems Nina is on a spiral of self destruction with bravado fuelled by drugs and alcohol. Written in the first person I never had a sense of how anyone else was feeling. I didn’t feel connected to any of the other characters. It was like watching a train wreck. It was confronting and uncomfortable but you just had to keep reading.

I think if you are into the music scene you may get more from this book than I did. I think that most of it just went way over my head.

Jenny Valentish grew up in an unlovely satellite town of London, where she learned the art of escapism through music. At sixteen she started interviewing musicians and has done so ever since for a variety of magazines and newspapers, becoming editor of Triple J magazine and now Time Out Melbourne. None of those musicians wound up in this book, obviously. She has also been in a bunch of bands herself, but you wouldn't have heard of them. Woman of Substances
Hardback, May 2018 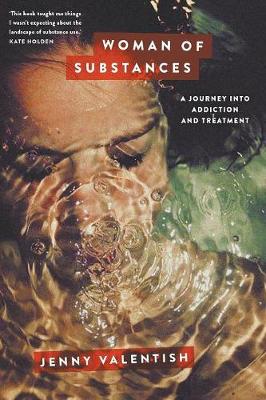 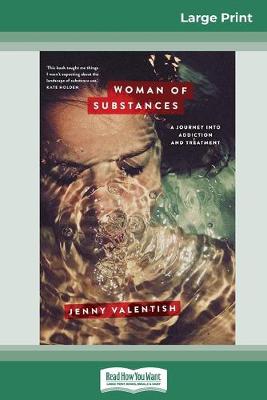 Woman of Substances: A Journey into Addiction and Treatment (16pt Large Print Edition)
Paperback / softback, May 2017 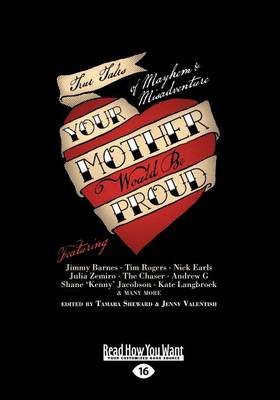