Wardragon is the culmination of the soaring saga of The Jelindel Chronicles. Finally Jelindel, with her allies, Zimak and Daretor, has tracked the alien mailshirt across two radically different worlds.

But the journey is perilous when each step is lined with flying beasts, metal wasps, mercenaries and assassins... and the mailshirt linked up with the evil Preceptor to create a deadly enemy. All Jelindel has is a little magic, Zimak's wit and Daretor's sword to scrape through and that is not enough.

"Collins captures a terrifying, tense world with a touch of humour and holds it to the last shattering battle." (Allan Baillie)

Other Editions - Wardragon by Paul Collins 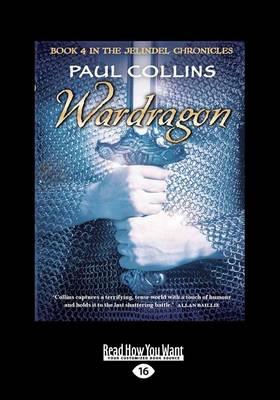 » Have you read this book? We'd like to know what you think about it - write a review about Wardragon book by Paul Collins and you'll earn 50c in Boomerang Bucks loyalty dollars (you must be a Boomerang Books Account Holder - it's free to sign up and there are great benefits!)

I know you’re not supposed to judge a book by its cover… but what a striking and stylish cover it is (by Cathy Larsen). One can’t help but expect great things within. Not that I wasn’t expecting a good book anyway, given that I have enjoyed the first three books enough to keep seeking out each successive instalment.

Collins first introduced readers to the young sorceress Jelindel dek Mediesar and her two companions, the ever-honourable swordsman Daretor and the scoundrel Zimak, way back in 2002 in Dragonlinks. In that book they searched their world, Q’zar, for the chain mail links that would join together to form an all-powerful mailshirt. They succeeded. Jelindel then destroyed the mailshirt, which could overpower its wearer, but sent Daretor and Zimak off to a parallel world.

In the second book, Dragonfang, Jelindel boards the ship Dragonfang in search of magic gems that have the power to open doorways into parallel worlds. Meanwhile, Daretor and Zimak, in their struggle to get back to their own world of Q’zar, have their bodies swapped.

In the third book, Dragonsight, Jelindel, Daretor and Zimak must find the Dragonsight talisman, which has the ability to control the ancient dragons that have returned to Q’zar.

See a pattern forming? Each of these books is a quest fantasy. So I was expecting another quest fantasy with Book 4. And although I was looking forward to the book, I was worried about the characters being able to sustain my interest on another quest.

But, happily, Wardragon surprised me by going in a completely different direction. Unlike its predecessors, this book is not about a quest. It’s about war; it’s about a struggle for survival for the whole of Q’zar; and it’s about the possible end of magic itself. The mailshirt from book one was not destroyed as everyone had thought. It resurfaces and takes control of Jelindel’s old enemy, the Preceptor. And we discover that the mailshirt is actually a Wardragon – an ancient melding of magic and science. Now that it is active, it seeks to complete its original, terrifying objective… unless Jelindel is able to stop it.

Amongst all this epic stuff, you also have lots of humour and character drama as well: Daretor and Zimak’s desire to have their own bodies back; the romance between Jelindel and Daretor is threatened; even the Wardragon itself has a character arc.

If, like me, you have followed the adventures of Jelindel, Daretor and Zimak over the course of the previous books, then I have no doubt that you will be enthralled and surprised by this final instalment. If you have not read the earlier books, don’t worry – this is a fully formed story without the other books, and it provides you with all the necessary details from the previous adventures. However, I would suggest that you use Wardragon as an incentive to seek out and read the earlier books.

What began in Dragonlinks with 14 year old Jelindel, sole survivor of her masacred family, draws to a heart-stopping climax in this the final chapter.

Having become a powerful mage and, with the help of her friends, dispatching the chainmail shirt that threatened to destroy all the worlds, Jelindel is shocked to learn that the cursed shirt has risen to power once more.

The mailshirt, made from a blending of cold science and magic, may be invincible, but the consciousness that inhabits it is not. Drawing on the body of its host, the Preceptor, its plan is simple: eradicate every scrap of magic everywhere. Q’zar, Jelindel’s world, is destined to become like ours, a place where magic no longer exists. But only if Jelindel fails to find the mailshirt’s weakness. Jelindel, herself, says it best:

Jelindel is the quintessential heroine. She has overcome personal tragedy and crushing adversity to fight for what she believes in. Yet, thanks to Collins’ obvious skill, she remains endearingly human with an underlying innocence, and more than her fair share of the fears that reside in us all.

While each book in this series is a link in itself – a piece of a much larger story – each volume is also a fully-formed smaller story that stands alone. Anything from the previous books that is needed to enhance understanding of this one, has been artfully woven into the narrative.

Wardragon has it all: rich description, adventure, characters as familiar as family and humour, often at the most unlikely times. Jelindel’s story is a treat for fantasy fans of all ages. Highly recommended.

Paul Collins has written many books for younger readers. He is best known for his fantasy and science fiction titles: The Jelindel Chronicles (Dragonlinks, Dragonfang and Dragonsight), and The Quentaris Chronicles (Swords of Quentaris, Slaves of Quentaris, Dragonlords of Quentaris, Princess of Shadows and The Forgotten Prince). His trade books published in America are The Earthborn, The Skyborn and The Hiveborn. 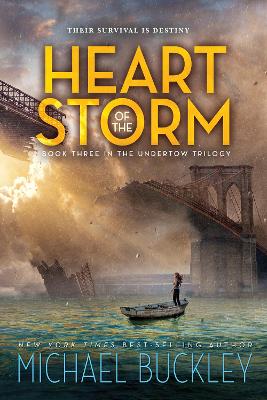 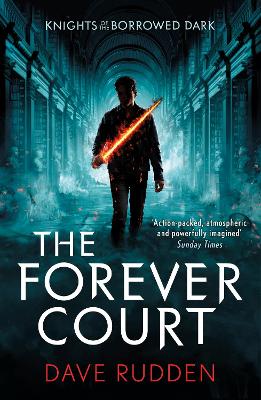 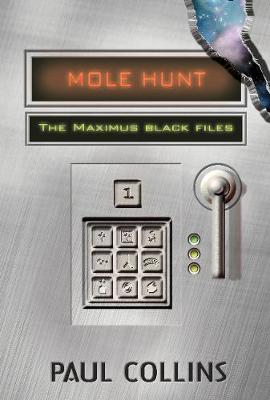