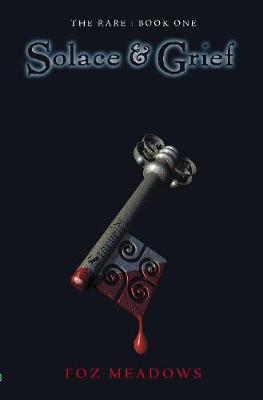 Solace Morgan was born a vampire. Raised in foster care, she has always tried to keep her abilities secret, until an eerie encounter with a faceless man prompts her to run away.

Finding others with similar gifts, Solace soon becomes caught up in a strange, more vibrant world than she ever knew existed. But when the mysterious Professor Lukin takes an interest in her friends, she is forced to start asking questions of her own.

What happened to her parents? Who is Sharpsoft? And since when has there been a medieval dungeon under Hyde Park?

Other Editions - Solace and Grief by Foz Meadows 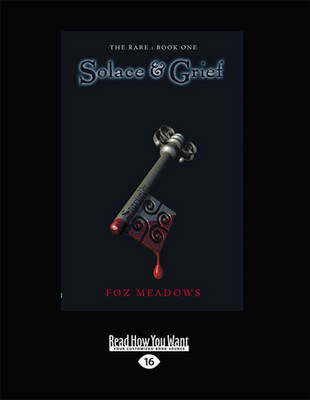 » Have you read this book? We'd like to know what you think about it - write a review about Solace and Grief book by Foz Meadows and you'll earn 50c in Boomerang Bucks loyalty dollars (you must be a Boomerang Books Account Holder - it's free to sign up and there are great benefits!)

Twilight meets Supernatural meets Heroes meets... This one really does have it all. Inspired by Buffy the Vampire Killer reruns, Meadows came up with a prologue that will knock readers’ socks off. It’s possibly the most intriguing prologue I’ve ever read. Thankfully I was blessed with a rainy day and had nothing better to do than read. Even so, I’m not sure I could have put this book down.

Solace Morgan is a vampire. She has suspected this for some time; growing up, she knew she was different given the array of food she’s allergic to and her body’s odd reaction to sunlight. She knows nothing of her parents, or lineage having been raised in a group home for kids no one wants. But on her seventeenth birthday all that will change.

Compelled by a voice in her dreams, Solace leaves the only home she’s known to trek through the suburbs of Sydney headed for the city’s heart. Once there she is drawn to an underground club where she meets a group of young people, others like herself who don’t quite fit into society. As Solace learns they are all members of a select group called the Rare, individuals with extraordinary talents: those who see the future, read minds, summon fire and manipulate the very fabric of reality. With these newfound friends—the first she’s ever had—Solace embarks on a dangerous path to discover her origins. But as she soon learns, there are others who have been watching and waiting for her, others who have absolutely no regard for her well-being.

Solace & Grief isn’t just a vampire story. Like so many of Ford Street’s titles, this is a story about difference, about how a group of young people bond through and come to terms with their differences. It is also a story about our own true nature: can Solace reject the thousands of years of vampirism encoded in her genes and choose not to feed on human blood? Or is she, and we, little more than pre-programmed flesh and blood machines set to follow a pre-determined path no matter how destructive?

Meadows’ language is descriptive and evocative and her imagination seemingly limitless. Through her well-crafted narrative she creates a sense of menace and mystery that is threaded through even the more light-hearted scenes. Her characterisation, too, is excellent. Foz Meadows is a name to watch.

Foz Meadows learned to read at three, fell in love with fantasy at four, and decided she wanted to be an author at 12. She's grown up since then, but still retains a fondness for silly hats. She currently lives in Melbourne. 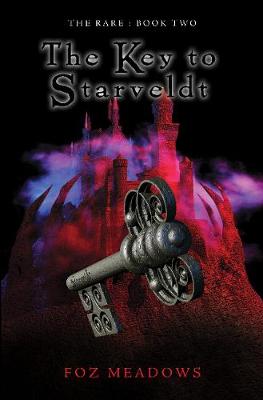 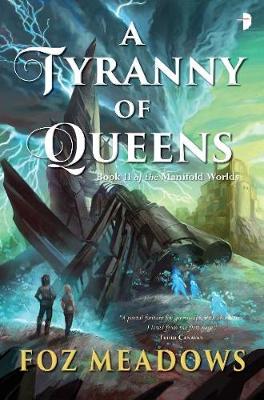 Tyranny of Queens
Paperback / softback, May 2017