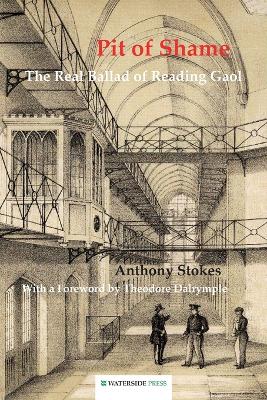 The Real Ballad of Reading Gaol

Wilde's Ballad of Reading Gaol, his last work for publication in 1898 is known the world over for its insight and telling phrases, such as 'bricks of shame', 'souls in pain' and 'that little tent of blue, that prisoners call the sky'. Possibly the greatest and most influential artistic work in terms of penal reform and conveying to outsiders the soul desolate nature and experience of imprisonment, the ballad crystalises the degradation, isolation, fear, introspection and sense of loss involved.This new book also looks at the ballad from a fresh perspective: that of a serving prison officer who has spent a substantial part of his career inside the very prison that Wilde wrote about - noting on a daily basis connections between its fabric, the prison system and the ballad as well as with the town of Reading. The result is a fine work that casts new light on Wilde's incarceration, suggests a number of fresh explanations for some lines of the ballad and puts forward an until now unpublished explanation as to why Reading was chosen for Wilde. Indicative of this approach, Anthony Stokes explains why even C.3.3 is not what it seems, why certain lines in the ballad have been misunderstood by 'experts' given the context and times.
But Anthony Stoke's book is much more than this. Based on minute research over more than ten years it traces the history of "Reading Gaol" from early times to the present day, dealing with its role as a bridewell, local prison and today one that carries out ground-breaking work with young offenders. There are also chapters on its use as a place of internment for Irish Republicans in the wake of the Easter Rising, as a top secret Correctional Centre for Canadian troops serving in England during World War II, escape attempts, riots and the executions that took place at Reading over the years including during the time when James Marwood (the inventor of the 'long drop') officiated; much of this based on official records and Execution Log. There are also notes on other interesting prisoners ranging from the notorious Reading baby farmer Amelia Dyer to the Hollywood TV and movie actor, Stacey Keach.But above all it is Oscar Wilde and the "Ballad of Reading Goal" that permeate and inform this book as the author seeks to combine information about the prison with frequently telling explanations that all too often converge with the more universal nerve that was touched upon by one of England's greatest creative minds - making "Pit of Shame" a book for every Wilde afficionado, penal reformer and student of English literature.
With a special 16 page collection of illustrations charting life in "Reading Gaol" and of some of its prisoners.

» Have you read this book? We'd like to know what you think about it - write a review about Pit of Shame book by Anthony Stokes and you'll earn 50c in Boomerang Bucks loyalty dollars (you must be a Boomerang Books Account Holder - it's free to sign up and there are great benefits!)

AND ITS MOST FAMOUS INMATE

You may or may not have thought of a jail – even a famous one—as anything worth writing a book about, but fortunately and perhaps predictably, the author, Anthony Stokes does not agree with this view. He is a prison officer at the once infamous Reading Gaol immortalized by its most famous inmate, Oscar Wilde – and now a Prison and Young Offender Institution.

‘Pit of Shame’ is the product of ten years of archival research into the gaol’s 500 year history and if that’s not fascinating enough, check out the thought provoking foreword by Theodore Dalrymple, contributor to “the Spectator” and a former hospital and prison doctor. Reading’s current Governing Governor, Pauline Bryant – the first woman to be in overall charge at Reading – also adds a note of appreciation for the ‘initiative and hard work’ which resulted in the publication of ‘this great book’.

Here is a book which will be of interest not only to criminologists and penal reformers - who should all read and note Dalrymple’s remarks in the Appendix - but to students of English literature.

‘The Ballad of Reading Gaol’ was the last literary work written by Wilde, who might have been somewhat gratified to learn that, after his death, some two years after his release, the poem occasioned many a re-think about prison reform.

To those in the know, however, the poem speaks the truth about the prison although not necessarily the prisoners. Wilde, it seems, was selective in his choice of anecdote and comment regarding, for example, the murderer he cites as CTW, who, killed his wife ‘the thing he loved…murdered in her bed.’

Either deliberately, or because he was not familiar with all the facts, Wilde excites our compassion for CTW by omitting to add that he actually lay in wait for his wife with a razor, cutting her throat three times. Due to what was noted at the time as ‘an unforgiveable degree of premeditation’, CTW’s plea for clemency was turned down and he was subsequently hanged.

What we find particularly apposite and insightful in this intriguing volume is the insight Dalrymple offers into Wilde’s mind-set. Months before he went to jail Wilde penned a few maxims proclaiming his cherished beliefs in an Oxford undergraduate magazine called ‘Chameleon’, writing that ‘any preoccupation with ideas of what is right or wrong in conduct shows an arrested intellectual development.’

Well -- whatever your attitude is to an attitude like that, Dalrymple -- and presumably author Anthony Stokes – doesn’t like it. He condemns ’the sheer callow, shallow, ‘spoilt-child’ silliness of all this…upon…which the brilliantly gifted Wilde wasted so much of his life and energy….’

‘Wilde was never a wicked man’, adds Dalrymple. ‘It was nevertheless only in prison that he learned the value of truth, sincerity and goodness, and by then it was too late.’

If you want to read more, including the research and bibliography at the back of this very readable book, (which makes it a boon to scholars) buy it.

You will be really quite amazed.

Anthony Stokes was born and educated in Cardiff , South Wales where he joined HM Prison Service at Cardiff Prison in 1988. After training at the Prison Service Training College at Newbold Revel in Warwickshire he was posted to Reading Prison in Berkshire where he is now a Senior Prison Officer. He holds a Certificate in Education (Further Education) from Reading University, is a Member of the Institute of Carpenters and a fully qualified prison locksmith. He has been twice commended: by HM Prison Service, after he saved the life of a prisoner (1992); and by the Director General of HM Prison Service, for his part in helping to quell the riot that took place at Reading Prison on Boxing Day 1992 and which is described in Chapter 11 (1993). In 2003, his ground-breaking work in setting up a Vocational Training Department at Reading led to his being nominated for a Butler Trust Award, one of the highest in this field. He lives in Berkshire with his wife, Jacqui and two children and spends what spare time he can sailing in his dinghy off England's South Coast.

View of the Constitution of the British Colonies, in North America and the West Indies, at the Time the Civil War Broke Out on the Continent of America
Paperback / softback, February 2012
$102.14 $113.49 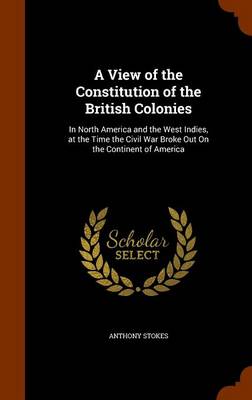 View of the Constitution of the British Colonies
Hardback, November 2015 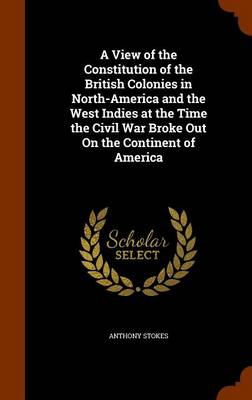 View of the Constitution of the British Colonies in North-America and the West Indies at the Time the Civil War Broke Out on the Continent of America
Hardback, November 2015 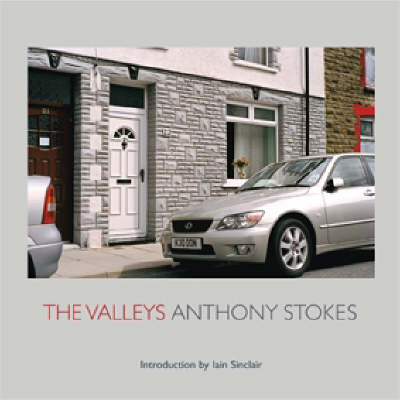