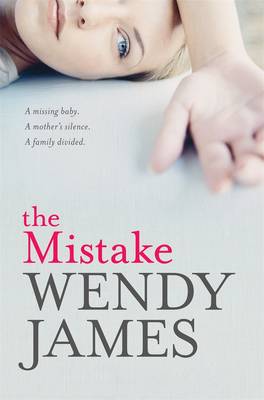 Description - The Mistake by Wendy James

We all have secrets . . . Jodie Garrow is a teenager from the wrong side of the tracks when she falls pregnant. Scared, alone and desperate to make something of her life, she adopts out the baby illegally - and tells nobody. Twenty-five years on, Jodie has built a new life and a new family. But when a chance meeting brings the adoption to the notice of the authorities, Jodie becomes caught in a nationwide police investigation, and the centre of a media witch hunt. What happened to Jodie's baby? And where is she now? The fallout from Jodie's past puts her whole family under the microscope, and her husband and daughter must re-examine everything they believed to be true. Potent, provocative and compulsively readable, The Mistake is the story of a mother and the media's powerful role in shaping our opinions. With astonishing insight, it cuts to the heart of what makes a family, and asks us whether we can ever truly know another person. 'The kind of novel that will have you second-guessing your own reactions and skilfully exposes the troubling expectations we resort to in the absence of hard evidence.' The Age 'Tense and involving ... credible and accomplished.' The Australian 'A moving book that relentlessly hits the mark.' Sydney Morning Herald Praise for Wendy James's other books'James's sure hands leads us through sometimes harrowing, sometimes redemptive moments in her beautifully rounded characters lives.' Who Weekly 'A penetrating picture of our life and times . . . a knockout.' Canberra Times 'Cunning psychological portraits and clean prose make for an absorbing domestic thriller.' The Age

Other Editions - The Mistake by Wendy James 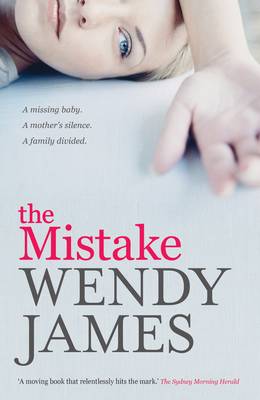 » Have you read this book? We'd like to know what you think about it - write a review about Mistake book by Wendy James and you'll earn 50c in Boomerang Bucks loyalty dollars (you must be a Boomerang Books Account Holder - it's free to sign up and there are great benefits!)

The carefully constructed and comfortable life of Jodie Garrow, a forty- something housewife and mother, unravels after a chance encounter reveals her closely guarded secret putting her at the center of a police investigation and under intense public scrutiny. At barely 19, Jodie gave birth to a baby girl in a small suburban hospital and The Mistake focuses on determining the fate of the infant, as well as exploring the effects of the subsequent accusations and suspicions on Jodie and her family.

Unusually, James makes little attempt to garner sympathy for Jodie from the reader. She is presented as an immaculately coiffured, socialite wife of a lawyer with political ambitions, who reacts to the building maelstrom by abdicating responsibility for both her past and present. She is seemingly willfully ignorant of the repercussions of her secret being revealed, particularly in regards to the effect on her teenage daughter, Hannah. Jodie simply drifts around the house in a haze of some sort, relying on her husband to manipulate the system to her advantage by exploiting the privileges their money and connections afford her, certain that if she ignores the problem it will simply all go away. Luckily, the third person narrative also reveals Jodie's past as the story unfolds, giving us a glimpse into her very difficult background engendering if not sympathy, then some understanding of her character. The complexity of James's protagonist forces the reader to consider their own assumptions based on appearance, class and circumstance. This is further explored as the author shares the media storm that engulfs Jodie and her family. With very few facts and based primarily on a handful of photos interpreted with malice, Jodie is victimised by the media and by extension the public. The media is not at all circumspect about the case, interpreting her 'faults' - her styled blond hair, pearl necklace, privileged lifestyle and reserved manner - insinuating that Jodie's ambitions led her to murder her infant daughter and her financial status is protecting her from swift legal action. Jodie becomes either a pariah or an object of curiosity in her small town amongst all the publicity, total strangers make judgements based on spurious facts on the internet, in newspaper columns and even her mother, unable to resist the lure of a few thousand dollars, fails to defend her. Her husband's mayoral candidacy is also scuttled and her children are ostracised. The perspectives of Angus, Jodie's husband and Hannah, their fifteen year old daughter, are also explored through the narrative. Both Angus and Hannah are shaken by Jodie's revelation, despite having their own secrets. The intense pressure of the situation they have found themselves in magnifies the small cracks in the veneer of this 'happy enough' family, which also includes son, Tom and tears it apart.

A stunning debut novel, the tension builds as James moves both the story and the characters towards an uncertain conclusion. This is a thought provoking novel that explores themes that provide and insight into contemporary life. Part psychological/crime thriller, part family drama, The Mistake defies genre conventions and simply delivers a compelling story.

Wendy James is the author of six books, including The Lost Girls and Out of the Silence, which won the Ned Kelly Award for Best First Crime fiction and was shortlisted for the Nita May Dobbie Award for women's writing. She currently lives in Newcastle with her husband and two of their four children. wendyjames.com.au 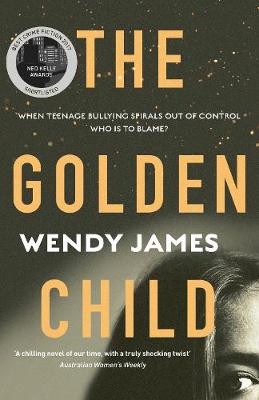 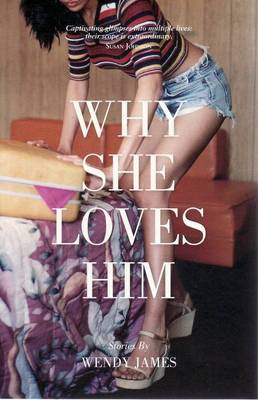