Tottie and Dot are two little girls who live side by side. Life is very peaceful until one day the girls begin competing with each other to create the best house. As the story unfolds, jealousy takes hold and their competitive spirit gets increasingly out of control until ultimately, things collapse in a disastrous heap. Will Tottie and Dot realise the importance of their friendship before it's too late? Each girl's house is shown over a series of exquisitely illustrated double-page spreads - Tottie on the left and Dot on the right. The detailed illustrations perfectly complement the simple story line and will provide children aged 4-7 with hours of entertainment, as well as a valuable life lesson!

» Have you read this book? We'd like to know what you think about it - write a review about Tottie and Dot book by Tania McCartney and you'll earn 50c in Boomerang Bucks loyalty dollars (you must be a Boomerang Books Account Holder - it's free to sign up and there are great benefits!)

Tania McCartney is an award-winning author, editor, illustrator and founder of highly regarded children's literature website Kids' Book Review and the 52-Week Illustration Challenge. Her previous titles with Tina Snerling are Peas in a Pod, Tottie and Dot, and the bestselling An Aussie Year. Tina Snerling is an illustrator, graphic designer, creator and Mother. She is privileged to spend the most part of her days daydreaming out her sundrenched window, while creating worlds that allow her to travel anywhere without leaving her studio. 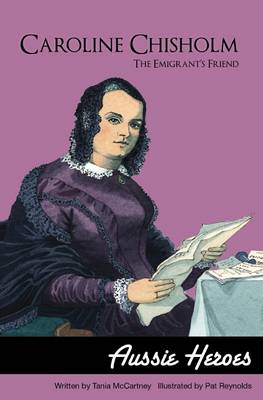