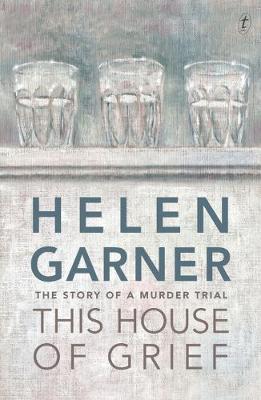 Anyone can see the place where the children died. You take the Princes Highway past Geelong, and keep going west in the direction of Colac. Late in August 2006, soon after I had watched a magistrate commit Robert Farquharson to stand trial before a jury on three charges of murder, I headed out that way on a Sunday morning, across the great volcanic plain. On the evening of 4 September 2005, Father's Day, Robert Farquharson, a separated husband, was driving his three sons home to their mother, Cindy, when his car left the road and plunged into a dam. The boys, aged ten, seven and two, drowned. Was this an act of revenge or a tragic accident? The court case became Helen Garner's obsession. She followed it on its protracted course until the final verdict. In this utterly compelling book, Helen Garner tells the story of a man and his broken life. She presents the theatre of the courtroom with its actors and audience, all gathered for the purpose of bearing witness to the truth, players in the extraordinary and unpredictable drama of the quest for justice. This House of Grief is a heartbreaking and unputdownable book by one of Australia's most admired writers. 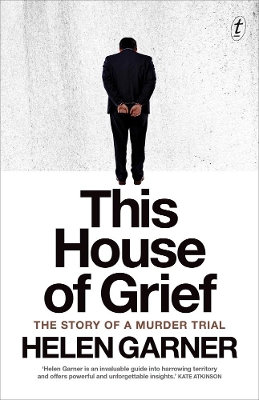 Book Review: This House Of Grief by Helen Garner - Reviewed by CloggieA (07 Apr 2016)

“The central fact of the matter would not let us rest. It tore at our hearts that inside the plunging car, while their father fled, three little boys had fought with their restraints, breathed filthy water, choked, thrashed and died.”

This House of Grief is the fourth non-fiction book by award-winning Australian author and journalist, Helen Garner. Few Australians would be unaware of the polarising court cases that convicted Robert Farquharson of the murder of his three young sons. As an interested observer with an open mind, Garner attended the trial, the appeal and the retrial. Her impartial account is so well told that at times the reader feels present in the courtroom.

Garner’s portrayal of the main players in this trial attest to her literary skill: the prosecutor “…a lean, contained-looking man, with a clipped grey beard and a mouth that cut across his face on a severe slant, like that of someone who spent his days listening to bullshit”, the defence counsel “…came barging in, with his black gown hanging off one shoulder and his wig pushed back from a shiny forehead. He was big, fair and bluff, Irish-style, with the bulk and presence of a footballer…”

The judge “a silver-haired man in his sixties with an open, good-humoured face. He wore a scarlet robe, but no wig…he was reassuring to look at, not lofty or threatening; behind his high bench he would lean forward on his elbows and address the court with genial warmth” and the appeal judges “…in scarlet robes with huge white fur cuffs. Their wigs were not the grey, dead-rat ones of the lower court, but foaming and globular, as pale as raw cauliflower, with a texture reminiscent of brain tissue. Their voices rang crisply, and their questions were challenging, pointed, and at times impatient. They gave no quarter. The quality of their listening was ferocious…”

As well as describing much of the testimony, she describes the reaction of the jury, judge, counsel, witnesses, the accused, family and other observers, to the evidence, and also, often, to the manner in which it was presented. She relates comments and opinions of her erstwhile companions in the courtroom, of journalists, acquaintances in the legal profession and family of the victim. And she shares her own reaction to it all. Yet, even in this sad tale, there are moments of humour. A brilliant read.

Helen Garner was born in Geelong in 1942, and has been writing and publishing since her first book, Monkey Grip, came out in 1977. 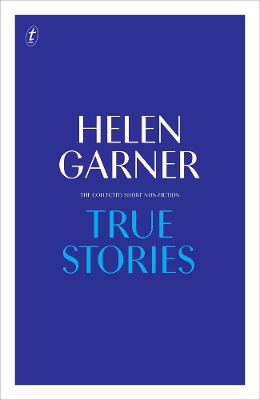