The Mystery Of The Venus Island Fetish

Description - The Mystery Of The Venus Island Fetish by Dido Butterworth

Edited and introduced by TIm Flannery. Painted in white, red and black ochre, the heart-shaped mask was one of the greatest creations of primitive man. The size of a dining table, it was carved with crazed, spiky lines that told of its maker's dangerous insanity. The nose, with its wide-open nostrils, sat above a great slash of a mouth filled with jagged, blackened, pig's teeth. But these horrors were not what one first noticed. It was the eyes that drew you in. Bloodshot. Manic. Hypnotic. They had been fashioned from pearl shells smeared with red ochre, the irises blackened spirals made from cone shells. They pulled at Archie's soul as powerfully as a vortex. It's 1932, and the Venus Island fetish, a ceremonial mask surrounded by thirty-two human skulls, now resides in the museum in Sydney. But young anthropologist Archie Meek, recently returned from an extended field trip to Venus Island, has noticed a strange discoloration of some of the skulls of the fetish. Has someone been tampering with the primitive artefact? Is there a link between the mysterious disappearance of Cecil Polkinghorne, curator of archaeology, and the fetish? And how did Eric Sopwith, retired mollusks expert, die in the museum's storeroom? The Mystery of the Venus Island Fetish is a delightfully risque romp, full of eccentric characters, intrigue and adventure.

» Have you read this book? We'd like to know what you think about it - write a review about Mystery Of The Venus Island Fetish book by Dido Butterworth and you'll earn 50c in Boomerang Bucks loyalty dollars (you must be a Boomerang Books Account Holder - it's free to sign up and there are great benefits!)

“…curators of anthropology. They’re priests and priestesses, really – custodians of our human sense of ingenuity, belief and beauty”

The Mystery of the Venus Island Fetish is the first book by museum curator of worms, Dido Butterworth, and is introduced and edited by Australian author, teacher, mammalogist, palaeontologist, environmentalist, global warming activist, and former museum director, Professor Tim Flannery.

Assistant curator of the anthropology department at the Sydney Museum, Archibald Meek has just returned from a field trip to the Venus Isles. His return is long overdue but he is enthusiastic about the wonderful collection he has amassed: plants, worms, fish and insects, and all manner of artefacts made by the Islanders. He is also hopeful that his traditional love token will ensure that his fiancé, Beatrice, registrar in the anthropology department, accepts his marriage proposal.

But Archie notices immediately that the ceremonial mask acquired much earlier, The Venus Island Fetish, appears altered. Some of the human skulls that form part of the artefact are discoloured. When Archie learns of the mysterious absence of several museum curators, he suspects these two irregularities are connected, and he begins to worry for the remaining curators. Is it all coincidence, or is he right to be concerned?

Butterworth peoples her tale with a cast of quirky characters, many of whom prove not to be quite what they first seem; she often gives them absurd names that rely for humour on association with the body’s nether regions. Her plot is highly original and includes a few twists that maintain the intrigue. There is plenty of (often tongue-in-cheek) humour in this mystery: the final twist and the end note will have readers grinning from ear to ear.

Butterworth manages to include in her story a Government Inquiry, a meteorite, Meissen pottery, the Japanese Navy, a Roman bronze priapus, fugu poison, arson, soapbox orators, rare minerals, stuffed goats, buck teeth, a tattoo, an amputation, an outhouse full of spiders, an Italian fruiterer, a ceremonial dance, prickly pear and some shady doings with antiquities.

Butterworth provides conclusive evidence of the best food for roses and her extensive experience with the politics and practices of museums is apparent in every paragraph. And while the story is set in the 1930s, much of what occurs is not so different from modern day experiences. Readers can only hope that Professor Flannery is examining more of the museum’s taxidermised exhibits for manuscripts such as this one. An absolute delight to read!

Nothing is known of Miss Dido Butterworth, curator of worms (retired). Museum records contain no employee of that name, though there is speculation that the name is a pseudonym for Hans Schmetterling, curator of worms (1936-55). Tim Flannery, author of several works of non-fiction, was curator of mammals at the Sydney Museum 1984-99.

Boomerang Books customers who bought The Mystery Of The Venus Island Fetish by Dido Butterworth also bought the following titles: 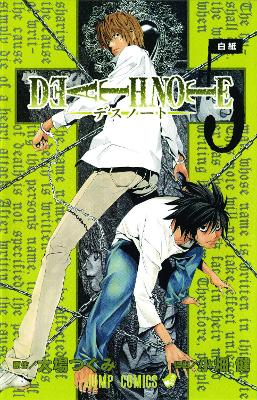