They were going to tell stories. Let's go away for the weekend, said Megan, and leave our phones behind and turn off the computers and television and stop time because time is moving too fast and soon we'll all be saying where the hell did our lives go? We'll cook some food and drink some wine and each tell a story. It is the middle of winter. Seven friends travel to a remote coastal beach house for the weekend. Without phones, internet or television, they sit around the fireplace, telling stories - each exposing the foibles of humankind. But as a storm rolls in and torrential rain cuts the party off from the outside world, it soon becomes clear that some secrets are best kept hidden. Demons is an extraordinary novel by one of Australia's great writers.

» Have you read this book? We'd like to know what you think about it - write a review about Demons book by Wayne Macauley and you'll earn 50c in Boomerang Bucks loyalty dollars (you must be a Boomerang Books Account Holder - it's free to sign up and there are great benefits!)

Demons is the fourth novel by Australian author, Wayne Macauley. A group of eight friends arrange to spend a technology-free weekend in a coastal dwelling on the Great Ocean Road. The plan is to eat good food, drink wine and tell stories to pass the time. Three couples arrive on Friday afternoon, but, at the last minute, events conspire to prevent the fourth wife from joining them: instead the husband turns up late with his reluctant teenaged daughter in tow. The adults share gossip and news and they tell tales, tall or true, who knows…… Their tales are often second- or third-hand and each has enough of an element of implausibility to raise doubts amongst the listeners. When heavy weather confines this gathering of very different individuals to the house with its leaks and a temperamental smoke alarm, the combination of personalities, mood and proximity leads some of them to indulge in an honesty that is possibly ill-advised. Macauley has found an interesting way to present some very well-told, thought-provoking but unrelated short stories. And while the stories told by the members of the group are unrelated, there are echoes with real-life occurrences. Macauley touches on quite a wide range of topics: infidelity, allergies, refugees, infertility, tree-change, land rights, the Great Aussie Dream, paedophiles, healthcare budgets, corruption, politics, protests and police violence. In the stories that are told, characters commit murder, suicide and adultery; they abandon modern life, abandon responsibility and milk cows; they renovate an old church or squat in an unfinished house; they rort the system for the greater good. The friends who tell the tales are easily recognisable from the local restaurant, workplace or pub: the wine-loving ex-builder, passionate about real estate; the newly-elected MP still finding his feet; the documentary film-maker; the litigation lawyer; the retired journalist with his young girlfriend. The lack of quotation marks for dialogue means the reader does have to pay attention to ascertain just who is saying what, but Macauley rewards the reader with some marvellous descriptive prose: “He’d beaten the grog with naturopathy, meditation and yoga and the cure had clung to him almost as persistently as the disease” and “Clouds ran past the moon and out over the sea. A few stars were showing. The waves below curled and scurried, folding the moonlight in. Out at the skyline a ship passed – it had come from the far side of the world” are just two examples. This novel looks at truth and lies, at fact and fiction and art. It is absorbing, thought-provoking and altogether quite brilliant.

Wayne Macauley is the author of the highly acclaimed novels: Blueprints for a Barbed-Wire Canoe, Caravan Story and, most recently, The Cook, which was shortlisted for the Western Australian Premier's Book Award, a Victorian Premier's Literary Award and the Melbourne Prize Best Writing Award. Demons is his most recent book. Wayne lives in Melbourne. 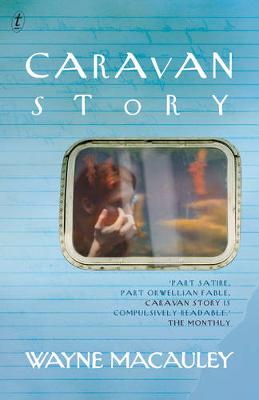 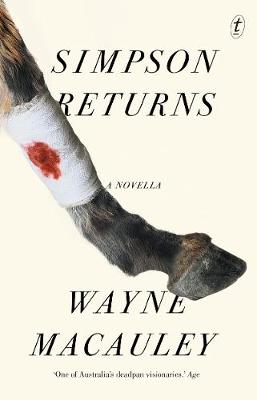 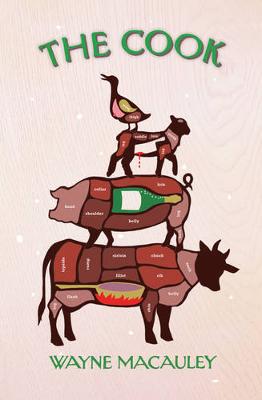 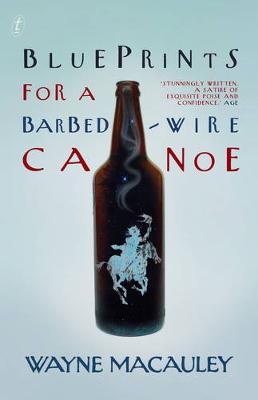