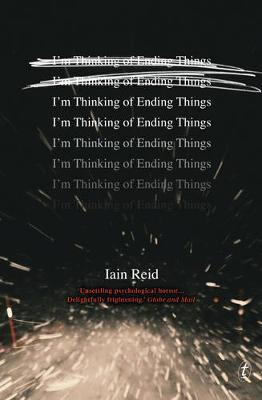 Jake and his girlfriend are on a drive to visit his parents at their remote farm. After dinner at the family home, things begin to get worryingly strange. And when he leaves her stranded in a snowstorm at an abandoned high school later that night, what follows is a chilling exploration of psychological frailty and the limitations of reality.
Iain Reid's intense, suspenseful debut novel will have readers' nerves jangling. A series of tiny clues sprinkled through the relentlessly paced narrative culminate in a haunting twist on the final page.
Reminiscent of Michael Faber's Under the Skin, Stephen King's Misery and the novels of Jose Saramago, I'm Thinking of Ending Things is an astonishing and highly original literary thriller that grabs you from the start-and never lets go.


Other Editions - I'm Thinking of Ending Things by Iain Reid 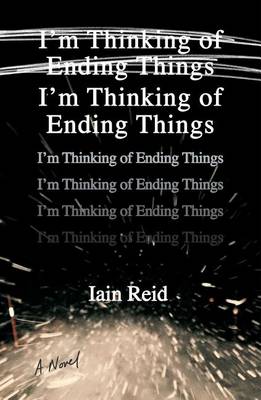 » Have you read this book? We'd like to know what you think about it - write a review about I'm Thinking of Ending Things book by Iain Reid and you'll earn 50c in Boomerang Bucks loyalty dollars (you must be a Boomerang Books Account Holder - it's free to sign up and there are great benefits!)

“I think there’s a perception that fear and terror and dread are fleeting. That they hit hard and fast when they do, but they don’t last. It’s not true. They don’t fade unless they’re replaced by some other feeling. Deep fear will stay and spread if it can. You can’t outrun or outsmart or subdue it. Untreated, it will only fester. Fear is a rash”

I’m Thinking Of Ending Things is the first novel by Canadian author, Iain Reid. Jake is taking his new girlfriend to his parents’ remote farm. She’s not entirely sure this is a good idea: he’s a nice guy and she doesn’t really want him to think their relationship is quite so strong; she’s been thinking of ending things.

Things at the farm are not what she really expected, although she’s a city girl, born and bred, so how would she know what’s normal? But Jake’s parents are a bit strange, and she’s glad when Jake doesn’t take them up on the offer to stay the night, even though it has begun to snow quite heavily. Despite his girlfriend’s anxiety about getting home, Jake insists on a detour.

The main narrative is from the woman’s perspective; this is interspersed with some pages printed in italics that consist of conversations between unknown persons about a tragic event. It is apparent from the start that the woman is probably an unreliable narrator. Is her mental stability also in question? While some of it is sound, both her inner monologue and their conversations feature faulty logic and invalid reasoning.

“Just tell your story. Pretty much all memory is fiction and heavily edited. So just keep going… A memory is its own thing each time it’s recalled. It’s not absolute. Stories based on actual events often share more with fiction than fact. Both fictions and memories are recalled and retold. They’re both forms of stories. Stories are the way we learn. Stories are how we understand each other. But reality happens only once”

Reid skilfully constructs his story so that the tension builds to a dramatic climax that may annoy, anger or even confuse some readers. But the clues are there throughout, and the astute reader soon realises that all is not as it first appears. An original and thought-provoking debut. 4 stars

Iain Reid is the author of two critically acclaimed comic memoirs, One Bird's Choice (winner of the CBC Bookie Award for Best Nonfiction Book of the Year) and The Truth About Luck (named by Canada's Globe and Mail as one of the best books of 2013). Reid recently received the 2015 RBC Taylor Emerging Author award. He lives in Kingston, Otario. 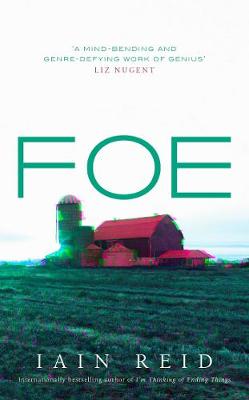 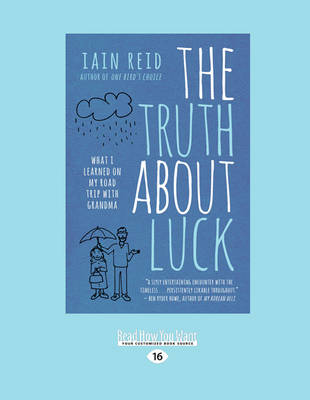 The Truth About Luck: What I Learned on My Road Trip with Grandma
Paperback / softback, May 2013 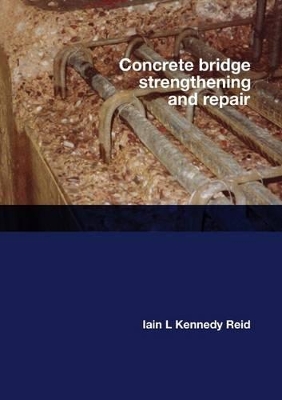