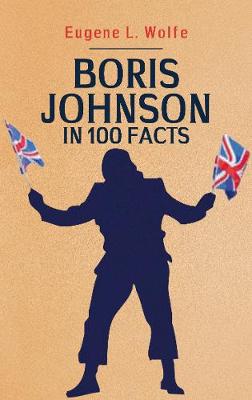 The existential tension of a book of 100 facts about Boris Johnson is the man's relationship to facts. The product of Britain's top schools, he clearly knows better. But he has thrived less through displays of a hard-won and formidable erudition than by shading, exaggerating, or outright misstating the truth. Although he idolizes Winston Churchill, he has much more in common with US President Donald Trump. By creating a brand, a shtick, a persona, BoJo has transformed himself from a disgraced journalist into the most popular politician in Britain. Known for introducing Boris Bikes and Boris Buses while Mayor of London, Johnson's most lasting legacy is likely to stem from his creation of Boris Facts, assertions of verisimilitude instead of veracity. By propagating these quasi-truths, an Old Etonian who had spent years living abroad managed to become, improbably, a champion of Little England, a motive force behind Brexit, and Prime Minister of the United Kingdom. His story, like the man himself, is fascinating, hilarious and scarcely believable.

» Have you read this book? We'd like to know what you think about it - write a review about Boris Johnson in 100 Facts book by Eugene L. Wolfe and you'll earn 50c in Boomerang Bucks loyalty dollars (you must be a Boomerang Books Account Holder - it's free to sign up and there are great benefits!)


A Preview for this title is currently not available.
More Books By Eugene L. Wolfe
View All