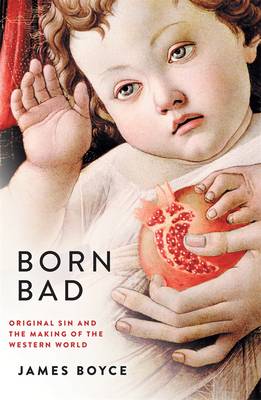 Born Bad: Original Sin And The Making Of The Western World

Description - Born Bad: Original Sin And The Making Of The Western World by James Boyce

Original sin is the Western world's creation story' According to the doctrine of original sin, humans are born bad and only God's grace can bring salvation. In this captivating book, acclaimed historian James Boyce shows how these ideas have shaped the Western view of human nature right up to the present. The legacy of original sin takes many forms, including the distinctive discontent of Western people - the feelings of guilt and inadequacy associated not with doing wrong, but with being wrong. As well as an innovative history of Christianity, Boyce offers new insights into the making of the West. Born Bad traces a fascinating journey from Adam and Eve all the way to Adam Smith and Richard Dawkins in this sweeping story of a controversial idea and its remarkable influence. Praise for Van Diemen's Land- 'The most significant colonial history since The Fatal Shore. In re-imagining Australia's past, it invents a new future.' Richard Flanagan 'Like the best history, Van Diemen's Land is not an artfully constructed narrative with the (inevitably inadequate) evidence banished to endnotes, but a dialogue between historian and reader as they explore the fragile sources, and the silences, together.' Inga Clendinnen 'The publication of Van Diemen's Land signals an entirely fresh approach to Australian history-writing . . . this is a brilliant publication.' Alan Atkinson Praise for 1835- 'Anyone who calls Melbourne home - in fact anyone who calls Australia home - should read this book.' Peter Mares 'A first-class piece of historical writing. Boyce is a graceful and robust stylist and a fine storyteller.' Sunday Age'What is wrong with me? This question has haunted the West for fifteen hundred years, but until recently it came with an answer - which was called original sin. Western people believed they were 'born bad' because they had inherited the sin of the first humans.' James Boyce 'This highly original and readable book shows how the Christian idea that we are all somehow fundamentally warped has helped to shape democratic politics, free markets, sexual anxieties and even debates about whether dead babies go to heaven.' Marion Maddox author of God Under Howard and Taking God to School 'This is an exceptional, highly recommended work, innovative and creative in surprising ways.' Publishers Weekly

Other Editions - Born Bad: Original Sin And The Making Of The Western World by James Boyce 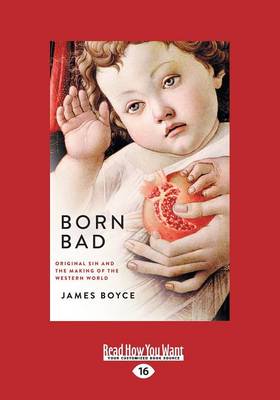 Book Reviews - Born Bad: Original Sin And The Making Of The Western World by James Boyce

» Have you read this book? We'd like to know what you think about it - write a review about Born Bad: Original Sin And The Making Of The Western World book by James Boyce and you'll earn 50c in Boomerang Bucks loyalty dollars (you must be a Boomerang Books Account Holder - it's free to sign up and there are great benefits!)

James Boyce is the author of Van Diemen's Land: A History and 1835: The Founding of Melbourne and the Conquest of Australia. 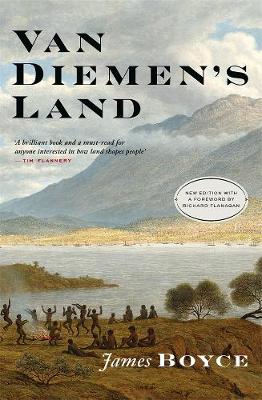 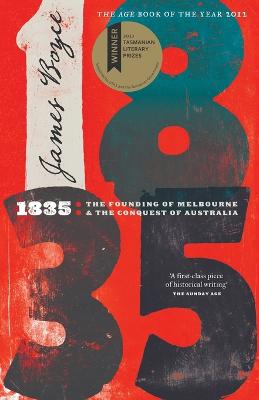 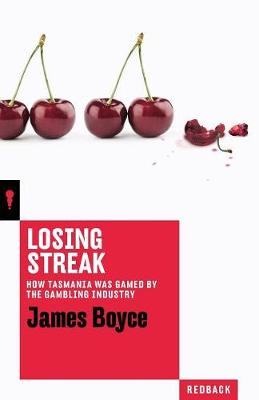 Losing Streak: How Tasmania was gamed by the gambling industry
Paperback / softback, March 2017
$19.54 $22.99
View All Books By Author James Boyce