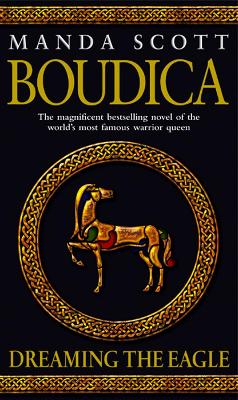 Boudica- the last defender of the Celtic culture; the only woman openly to have led her warriors into battle; the only British warrior to have stood successfully against the might of Imperial Rome- and triumphed. This is her story. It is also the story of the two men she loved most- Caradoc, outstanding warrior and inspirational leader; and her half- brother Ban, Roman captive, slave auxiliary and Dreamer- the Druid whose eventual return to the Celts is Boudica's salvation.It is 33AD, and Breaca, the red-haired daughter of one of the high- born leaders of the Eceni tribe is on the cusp between girl and womanhood. She longs to be a Dreamer, a mystical leader who can foretell the future, but having killed the man who has attacked and killed her mother, she has proved herself a warrior. Beside her is Ban, her half- brother, who longs to be a warrior, though he is manifestly a Dreamer, possibly the finest in his tribe's history. Having saved Caradoc, the future war- leader of his people, who has been shipwrecked on the Eceni shore, Breaca and her family travel to his father's court, where they are betrayed, and Ban is sold into slavery in Gaul. Believing Breaca to have been killed, Ban swears vengeance on Caradoc's tribe, then focuses on staying alive in an alien land where even to admit to being a Celtic Dreamer is to invite instant death.Ten years later, Ban, whose skill as a horseman has enabled him to join the Roman cavalry, finds himself as part of the new emperor Claudius' invading army. Across the Medway, British forces face the Roman legions. At their head is Breaca, leader of both the Eceni tribe and the warriors of Mona, Britain's bravest fighters. Against her, a key member of Claudius' cavalry elite, is Ban, hatred burning in his heart, vengeance on his lips. Both are unaware of the other's existence. Both are prepared to fight to the death.DREAMING THE EAGLE is full of brilliantly realised, luminous scenes of real power, as the narrative sweeps effortlessly from the epic- where battle scenes are huge, bloody, and action-packed- to the intimate in which a closely observed scene between two lovers is movingly described. This is a big book with big themes- the clash of opposite cultures, bringing with it the end of a society with its beliefs, moral codes and spiritual values. It describes with total authenticity and a searing intelligence the way we once were, while pointing forward to what we have become.

Other Editions - Boudica: Dreaming The Eagle by Manda Scott 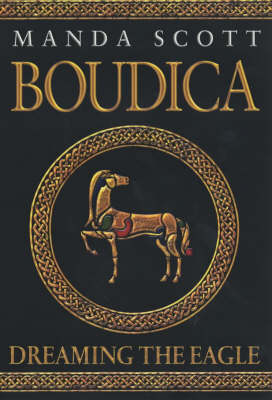 » Have you read this book? We'd like to know what you think about it - write a review about Boudica: Dreaming The Eagle book by Manda Scott and you'll earn 50c in Boomerang Bucks loyalty dollars (you must be a Boomerang Books Account Holder - it's free to sign up and there are great benefits!)

is a veterinary surgeon, writer and climber. Born and educated in Scotland, she now lives in Suffolk with two lurchers and too many cats. Known primarily as a crime writer, her first novel, Hen's Teeth was shortlisted for the Orange Prize. Her subsequent novels are Night Mares, Stronger than Death and No Good Deed, for which she was hailed by the Times as 'one of Britain's most important crime writers'. reaming the Eagle, the first book in the Boudica series, is also available in Bantam paperback