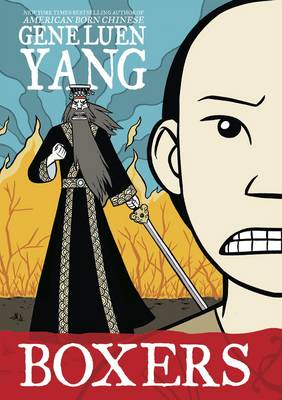 From American Born Chinese author Gene Luen Yang: an innovative look at China's Boxer Rebellion told from two points of view, in two companion volumes. China, 1898. Bands of foreign missionaries and soldiers roam the countryside, bullying and robbing Chinese peasants. Little Bao has had enough. Harnessing the powers of ancient Chinese gods, he recruits an army of Boxers - commoners trained in kung fu who fight to free China from "foreign devils." But nothing is simple. Little Bao is fighting for the glory of China, but at what cost? So many are dying, including thousands of Chinese citizens who have converted to Christianity. 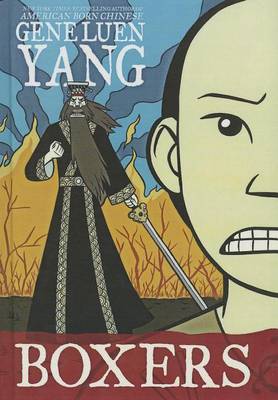 » Have you read this book? We'd like to know what you think about it - write a review about Boxers book by Gene Luen Yang and you'll earn 50c in Boomerang Bucks loyalty dollars (you must be a Boomerang Books Account Holder - it's free to sign up and there are great benefits!)

Gene Luen Yang began drawing comic books in the fifth grade. He was an established figure in the indie comics scene when he published his first book with First Second, American Born Chinese, which is now in print in over ten languages. American Born Chinese's critical and commercial success, along with its status as a National Book Award finalist and winner of the Printz Award, catapulted Yang into stardom as a major voice of our times. His most recent book is the New York Times Best-Selling graphic novel diptych Boxers & Saints.