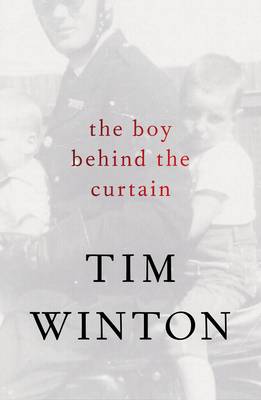 The Boy Behind The Curtain

Description - The Boy Behind The Curtain by Tim Winton

The remarkable true stories of The Boy Behind the Curtain reveal an intimate and rare view of Tim Winton's imagination at work and play.

In Tim Winton's fiction, chaos waits in the wings and ordinary people are ambushed by events and emotions beyond their control.

Winton's own life has also been shaped by havoc. The extraordinarily powerful true stories that make up The Boy Behind the Curtain take us behind the scenes, revealing the accidents, both serendipitous and traumatic, that have influenced his view of life and fuelled his distinctive artistic vision.

They show the unexpected links between car crashes and religious faith, between surfing and writing, and how going to the wrong movie at the age of eight opened him up to a life of the imagination. And in writing about class, fundamentalism, asylum seekers, guns and the natural world, he presents not only the concerns that have made him the much-loved writer he is, but some of what unites the life and the work.

By turns impassioned, funny, joyous, astonishing, this is Winton's most personal book to date, an insight into the man who's held us enthralled for three decades and helped us reshape our view of ourselves. Behind it all, from risk-taking youth to surprise-averse middle age, has been the crazy punt of staking everything on becoming a writer.

'Both brutally honest and entertaining, The Boy Behind the Curtain is a powerful excavation of those charged moments that make up a life - joyous, traumatic and transformational. All the markers of Winton's fiction are here- the dark realism, the unflinching eye, the humour and the connection with place . . . An inspirational read.' readings.com.au

'A dazzling book, full of wisdom and wonder . . . with a staggering, effortless sense of drama wherever you pick it up . . . No one is better than Tim Winton at giving dramatic substance to the interface between art and life . . . This is a rich and brilliant book.' Peter Craven, Australian Book Review

'The Boy Behind the Curtain roots you to the spot, forces you to ask questions - about yourself, about the way we live. Sinewy and lyrical by turns, Winton's is an authentic Australian voice to trumpet to a world audience.' Morag Fraser, Australian Book Review

'He makes complex art seem simple . . . A body of nonfiction work that is (unsurprisingly) beautiful and brilliant and provocative, and (surprisingly) revealing . . . It is this sight of the sacred in the ordinary that probably accounts for some part of why Winton's writing recedes from his imitators' reach.' Malcolm Knox, Sydney Morning Herald

'That Winton's nonfiction is as lyrical as his fiction goes without saying.' The Guardian (Australia)

'A contemplative book . . . You also reach its end with a particular sense of how this particular man experiences life - metaphorically, philosophically. How he carries things; how he feels them . . . He acknowledges wonder. He acknowledges unknowns. He pays attention . . . A rich book.' Weekend Australian

Buy The Boy Behind The Curtain by Tim Winton from Australia's Online Independent Bookstore, Boomerang Books.

Other Editions - The Boy Behind The Curtain by Tim Winton 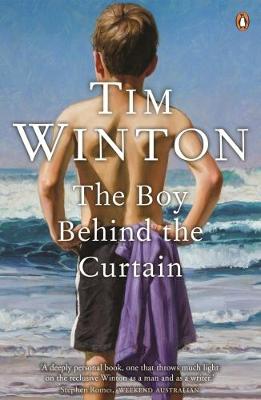 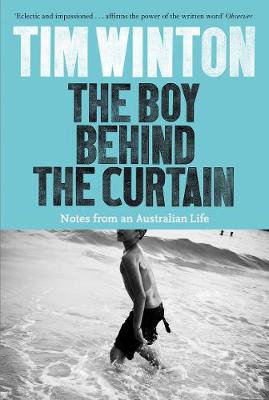 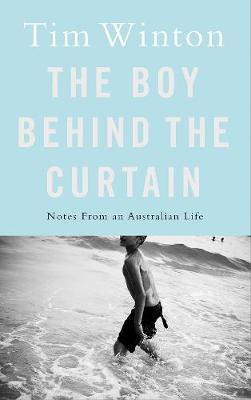 Book Reviews - The Boy Behind The Curtain by Tim Winton

» Have you read this book? We'd like to know what you think about it - write a review about Boy Behind The Curtain book by Tim Winton and you'll earn 50c in Boomerang Bucks loyalty dollars (you must be a Boomerang Books Account Holder - it's free to sign up and there are great benefits!)

Tim Winton has published twenty-eight books. His non-fiction has appeared in The New York Times, Granta,The Monthly, The New Statesman, Prospect, The Los AngelesTimes, The London Review of Books and The Economist/Intelligent Life. He lives in Western Australia.