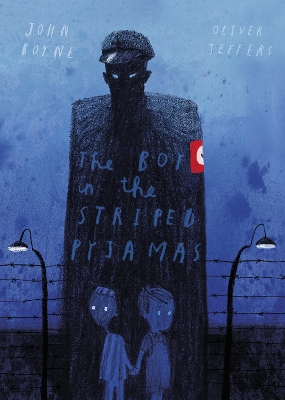 The Boy in the Striped Pyjamas

Description - The Boy in the Striped Pyjamas by John Boyne

Bruno doesn't like his new house. He had to leave all his friends behind in Berlin, and there are no children to play with here - until Bruno meets Shmuel, a boy who lives on the other side of the wire fence near Bruno's house, and who wears a strange uniform of striped pyjamas.

Other Editions - The Boy in the Striped Pyjamas by John Boyne 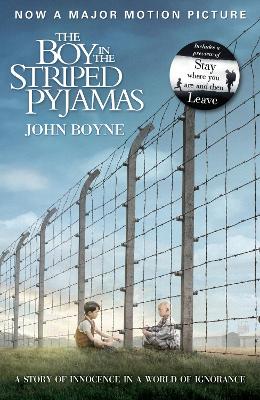 Book Reviews - The Boy in the Striped Pyjamas by John Boyne

» Have you read this book? We'd like to know what you think about it - write a review about Boy in the Striped Pyjamas book by John Boyne and you'll earn 50c in Boomerang Bucks loyalty dollars (you must be a Boomerang Books Account Holder - it's free to sign up and there are great benefits!)

John Boyne (Author) John Boyne was born in Ireland in 1971. He is the author of ten novels for adults, five for young readers and a collection of short stories. Perhaps best known for his 2006 multi-award-winning book The Boy In The Striped Pyjamas, John's other novels, notably The Absolutist and A History of Loneliness, have been widely praised and are international bestsellers. In 2015, John chaired the panel for the Giller Prize, Canada's most prestigious literary award. The Heart's Invisible Furies is his most ambitious novel yet. Oliver Jeffers (Illustrator) Oliver Jeffers is a visual artist and author working in illustration, painting, collage, and sculpture. His critically-acclaimed picture books have been released internationally and translated into over thirty languages, and his artwork has been exhibited at institutions including the Brooklyn Museum in New York City, the Irish Museum of Modern Art in Dublin, the National Portrait Gallery in London, the Ulster Museum in Belfast, and the Palais Auersperg in Vienna. Oliver has been the recipient of numerous awards, including a New York Times Best Illustrated Children's Books Award, Irish Book Award, Texas Bluebonnet Award, and United Kingdom Literary Association Award. He will release his fifteenth book as author and illustrator in late 2016. Oliver grew up in Belfast, Northern Ireland; he currently lives and works in Brooklyn, New York.

A Preview for this title is currently not available.
More Books By John Boyne
View All