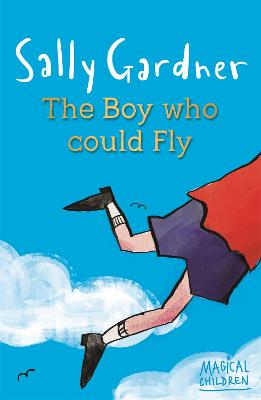 The Boy Who Could Fly

Description - The Boy Who Could Fly by Sally Gardner

One day the Fat Fairy turns up at Thomas Top's house to grant him a birthday wish. Thomas can't think what to ask for, so he wishes he could fly. That's how Thomas goes from being just an ordinary boy whom no one notices to being the most popular boy in the school. But it makes him sad that grown-ups can't see the wonderful things he can do. His flying gets him suspended from school, and that makes life at home much worse, because his dad gets so cross and it makes his mum miserable. But then the Fat Fairy turns up again, and with help from her and Thomas's new friend Mr Vinnie, a retired painter and decorator who has been flying since he was Thomas's age, everything changes.This is an enchanting story in which an unconfident child discovers a special gift that brings him joy and heartache. The magic of the words, the humour and poignancy of the story and the wonderful characters, are all enhanced by the author's own delightful drawings.

Buy The Boy Who Could Fly by Sally Gardner from Australia's Online Independent Bookstore, Boomerang Books.

Other Editions - The Boy Who Could Fly by Sally Gardner 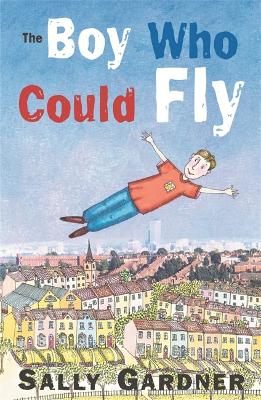 Book Reviews - The Boy Who Could Fly by Sally Gardner

» Have you read this book? We'd like to know what you think about it - write a review about Boy Who Could Fly book by Sally Gardner and you'll earn 50c in Boomerang Bucks loyalty dollars (you must be a Boomerang Books Account Holder - it's free to sign up and there are great benefits!)

Sally Gardner is an award-winning novelist from London. Her books have been translated into 22 languages and have sold more than one million copies in the UK. Her historical novel for older readers, I, Coriander, won the Smarties Children's Book Prize in 2005. Two thrillers both set at the time of the French Revolution, The Red Necklace and The Silver Blade, which was shortlisted for the Guardian Children's Fiction Prize in 2009, followed. Actor Dominic West (The Wire) has bought the film rights to both titles. Her YA novel, The Double Shadow, was published in 2011 to critical acclaim. Sally Gardner's stories for middle readers include Lucy Willow and the popular Magical Children series of six titles: The Strongest Girl in the World, The Invisible Boy, The Boy with Magic Numbers, The Smallest Girl in the World, The Boy with the Lightning Feet, and The Boy who could Fly, which are also available as audio books. She has also written and illustrated picture books including The Fairy Catalogue, The Glass Heart, The Book of Princesses and Playtime Rhymes. Sally Gardner continues to be an avid spokesperson for dyslexia, working to change the way it is perceived by society. She is dyslexic and argues that it is not a disability, but a gift.Her website is www.sallygardner.net and you can follow her on Twitter @TheSallyGardner

The Snail and the Whale
Julia Donaldson
$12.59 $14.99
More Books By Sally Gardner
View All