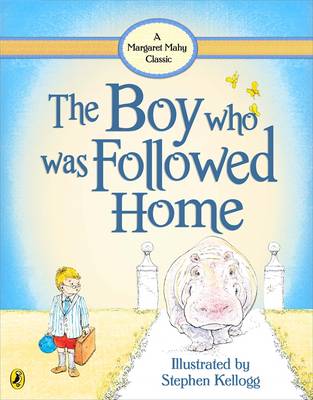 The Boy Who Was Followed Home

Description - The Boy Who Was Followed Home by Margaret Mahy

An enchanting tale by Margaret Mahy about a small, ordinary boy who is followed home by a most extraordinary animal - and that is just the beginning!

Margaret Mahy's classic story about a boy who brings home a hippopotamus quite by accident, illustrated by Steven Kellogg.

'What on earth is that in the goldfish pool?' asked Robert's father.
'It is a hippopotamus, Father,' said Robert.
'Really,' said the father. 'People should keep their hippos chained up and not allow them to go climbing into other people's goldfish pools.'
When a hippo follows him home one day, Robert is pleased - but his parents are not! As more and more hippos crowd into the garden they turn to a witch for help.
Detailed line and pastel drawings by Steven Kellogg, and a deliciously understated text, combine in a very funny picture book by one of New Zealand's finest children's writers.

Other Editions - The Boy Who Was Followed Home by Margaret Mahy 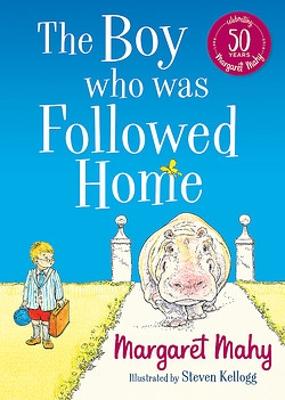 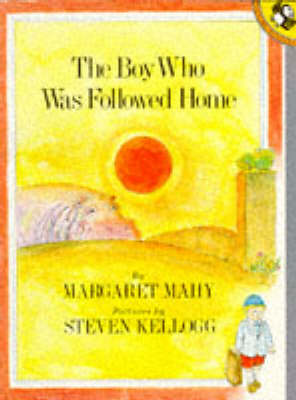 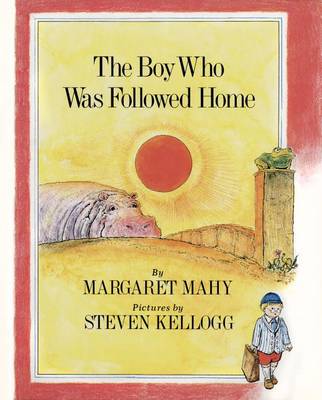 Book Reviews - The Boy Who Was Followed Home by Margaret Mahy

» Have you read this book? We'd like to know what you think about it - write a review about Boy Who Was Followed Home book by Margaret Mahy and you'll earn 50c in Boomerang Bucks loyalty dollars (you must be a Boomerang Books Account Holder - it's free to sign up and there are great benefits!)

The Boy Who Was Followed Home is a very cute and silly story which is very enjoyable.

One day when Robert was heading home from school he is followed home by a Hippo, Robert loved Hippo's so he was very happy, however his parents were not. This strange occurrence kept going on like that, until one day his parent's turned to a witch for assistance.

Overall an excellent amusing story which has a nice twist at the end. A classic story with some nice illustrations which will entice and captivate the you read. A story worth read many times over.

A Preview for this title is currently not available.
More Books By Margaret Mahy
View All

Shock Forest and other magical stories: A Bloomsbury Reader
$7.99 $9.99